Kentucky state lawmakers previously approved Bible literacy as an optional course for public school students, with the curriculum set by the Kentucky Board of Education.

FRANKFORT, Ky. - Kentucky Gov. Matt Bevin asked kids to participate in “Bring Your Bible to School Day” on Thursday, an annual event that encourages students of all ages to bring the Holy Scriptures into the classroom and promote their Christian faith.

"This is an extraordinary book," Bevin said in a video message posted on Twitter. "You don’t even have to be a person of faith to recognize that this is the most well-read, most published book in the history of the world for a reason."

“Bring Your Bible to School Day” is a national event sponsored by the Christian organization Focus on the Family, which reports that more than 650,000 students participated in last year’s movement.

“As somebody of the Christian faith, I know and believe that the Judeo-Christian principles that are bound in this book are timeless,” Bevin said. “And that they not only inform me and my decision making as a husband, father, business person prior to this job, as a governor in this job, but my decision making in everything.”

“I would encourage you, please let this be a document that is an important part of your life,” Bevin added.

Kentucky state lawmakers previously approved Bible literacy as an optional course for public high school students, with the curriculum set by the Kentucky Board of Education.

“The Bible, without question, is the single-most impactful literary document that we’ve had in Western civilization,” said bill sponsor Rep. DJ Johnson, a Republican from Owensboro. “It’s affected our cultures, our values, our laws.” 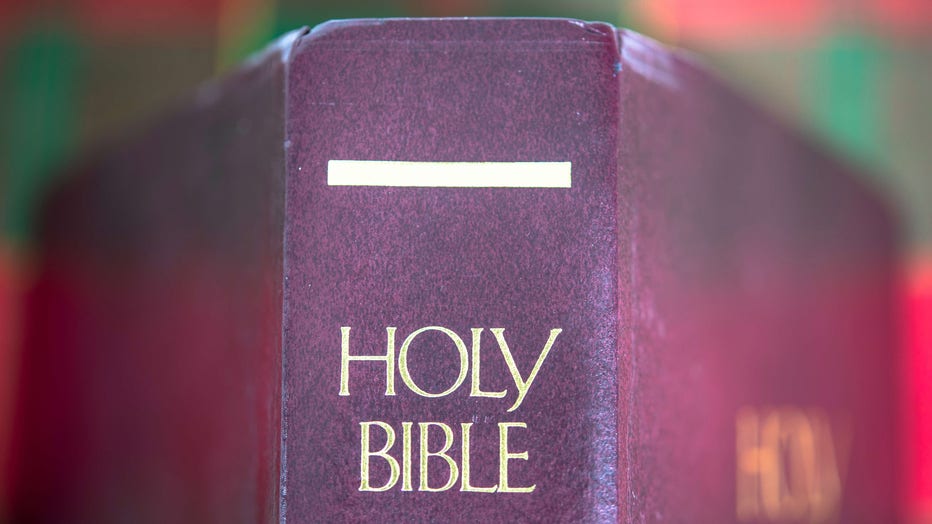 The Holy Bible is shown in a file image. (Photo by Roberto Machado Noa/LightRocket via Getty Images)

Several opponents of the bill talked about the importance of religion in their lives but said it intrudes on principles separating church and state that would draw a court challenge.

“According to our Constitution, there are boundaries on where you talk about religion or your faith. And the public school system should be a neutral zone,” said Rep. Jim Wayne, D-Louisville.

As part of the “Bring Your Bible to School Day” event, the Christian legal group Alliance Defending Freedom partnered with Focus on the Family to offer legal representation if someone’s rights are violated at school — which touts a students’ First Amendment right to participate and promote the event.

"Students are not only allowed to bring their Bible to school. They're certainly allowed to read it during free time, in between classes, and even reference the Bible within their assignments and class discussions," Jeremy Dys, special counsel for litigation and communications for First Liberty Institute, told FOX News.

The Freedom From Religion Foundation also weighed in — but added a warning.

"The constitutional boundaries are simple. Students, of course, have the right to bring their Bible to school on this or any other day," Elizabeth Cavel, associate counsel for FFRF, told Fox News. "Public school teachers and administrators may not promote or encourage students to participate in religious events on this or any other day."