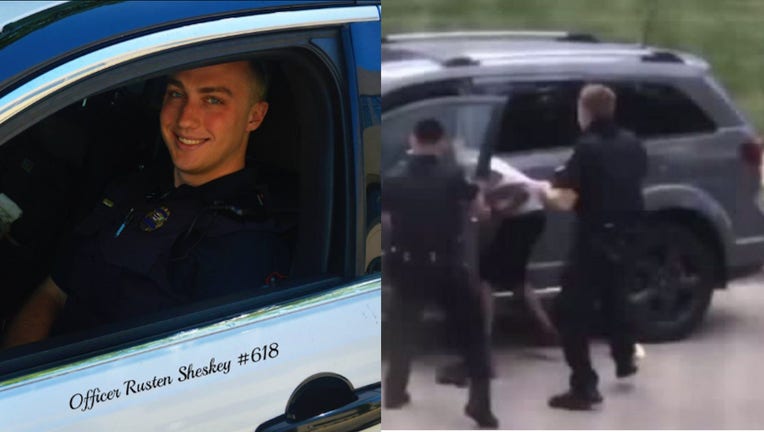 Sheskey's leave ended March 31. He was cleared of wrongdoing in the incident by the Kenosha County District Attorney's Office in January.

"I know that some will not be pleased with the outcome," said Chief Daniel Miskinis in a news release. "However, given the facts, the only lawful and appropriate decision was made."

Sheskey and two other Kenosha officers were trying to arrest Blake on an outstanding warrant when a pocketknife fell from his pants during a scuffle. Blake said he picked it up before heading to a vehicle to drive away with two of his children in the back seat. He said he was prepared to surrender once he put the knife in the vehicle.

Sheskey told investigators that he feared for his own safety so he opened fire, shooting Blake seven times, ending in Blake's paralysis from the waist down.

The incident prompted protests and in some cases destructive violence in Kenosha and other cities. Blake was paralyzed as a result of the shooting. After criminal charges were dismissed, Blake filed a civil rights lawsuit against Sheskey in March.

FREE DOWNLOAD: Get breaking news alerts in the FOX6 News app for iOS or Android.

Gov. Tony Evers hosted a news conference in Milwaukee at the Running Rebels Community Organization on the need for statewide juvenile justice reform.