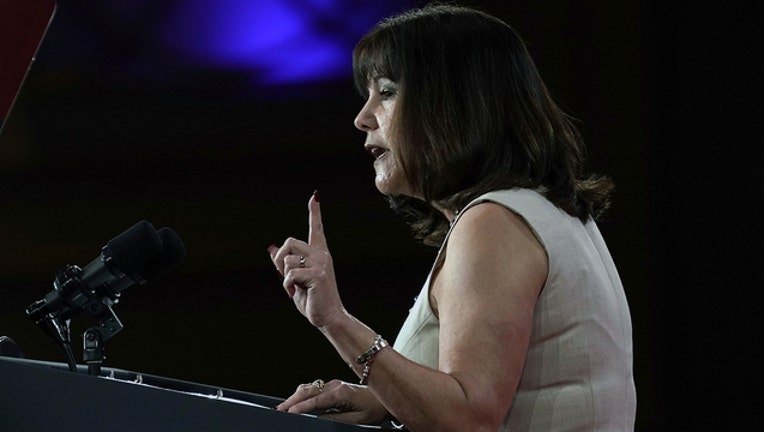 SPRINGFIELD, Va. (FOX 5 DC) - Second lady Karen Pence is under fire for accepting a teaching position at a school in Northern Virginia that reportedly bans gay students, parents and employees.

DOWNLOAD: The FOX 5 News app for all your local news coverage

The second lady accepted the position back in December. She was scheduled to start teaching on Monday but classes were canceled after the heavy weekend snowfall across the DC region.

Immanuel Christian School’s "parent agreement" states that the school can refuse admission to a student “if the atmosphere or conduct within a particular home, the activities of a parent or guardian, or the activities of the student are counter to, or are in opposition to, the biblical lifestyle the school teaches. This includes, but is not limited to contumacious behavior, divisive conduct, and participating in, supporting, or condoning sexual immorality, homosexual activity or bi-sexual activity, promoting such practices, or being unable to support the moral principles of the school.”

The employee application also states that applicants must “understand that the term ‘marriage’ has only one meaning; the uniting of one man and one woman in a single, exclusive covenant union as delineated in Scripture and that God intends sexual intimacy to occur only between a man and a woman who are married to each other and that God has commanded that no intimate sexual activity is engaged in outside of marriage between a man and a woman. Further, I will maintain a lifestyle based on biblical standards of moral conduct. Moral misconduct which violates the bona fide occupational qualifications for employees includes, but is not limited to, such behaviors as the following: heterosexual activity outside of marriage (e.g., premarital sex, cohabitation, extramarital sex), homosexual or lesbian sexual activity, polygamy, transgender identity, any other violation of the unique roles of male and female, sexual harassment, use or viewing of pornographic material or websites, and sexual abuse or improprieties toward minors as defined by Scripture and federal or state law.”

Karen Pence’s office says she'll teach twice a week until May. She was a teacher for 25 years, including 12 teaching art at Immanuel Christian School, before then-U.S. Rep. Mike Pence was elected Indiana's governor.