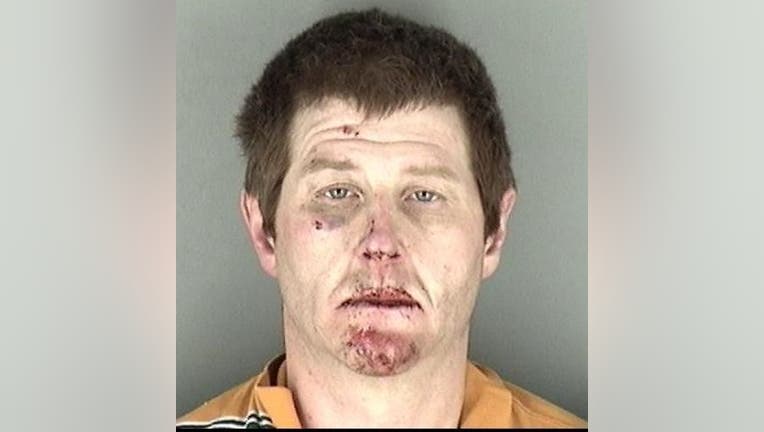 A Kansas man who took a joy ride on a stolen construction excavator — allegedly leaving properties damaged and police officers endangered in his wake — was arrested Sunday, officials said.

Shane Funk, 46, was caught riding the large piece of machinery through the Oakland neighborhood of Topeka early Sunday morning, according to police who responded to the scene. Authorities had received a call about a "suspicious vehicle."

Several homes in the area were evacuated as a safety precaution as Funk allegedly rode the excavator, The Topeka Capital-Journal reported.

Investigators tried to stop Funk, but were unsuccessful, and so ultimately responding officers shot him with non-lethal bean bag pellets to get him to stop driving the construction equipment.

Funk was treated for minor injuries and was taken into custody for a slew of charges, including criminal property damage, attempting to flee police and aggravated assault of a law enforcement officer, online Shawnee County Department of Corrections records indicate.

As of Tuesday, he was being held in lieu of a $75,000 bond and other separate bonds totaling $3,000 for outstanding warrants.

It wasn't immediately clear how much damage Funk allegedly caused to the neighborhood.