ARLINGTON, Texas - A 16-year-old Arlington High School student was killed during a shooting at an apartment complex Thursday evening, and police have arrested a juvenile for allegedly pulling the trigger.

Police said the shooting happened just before 5 p.m. A passerby saw the teen lying on the ground at the Pinewoods Apartment complex near the University of Texas in Arlington and Arlington High School campuses and called police.

When officers got there they found 16-year-old Samuel Reynolds with a gunshot wound in the chest. He was taken to a local hospital, where he was later pronounced dead.

Momen Qasaimeh lives in the complex. He said he was inside his apartment when he heard commotion outside.

“I just hear like a gunshot, that’s it. Like once,” he said. “I’ve been here like about three years, I never heard of this. I really feel sorry.”

A few hours after the shooting, police announced they arrested a juvenile in this case. His name won’t be released because of his age.

Police said Reynolds lived in the complex, and the grassy area where the shooting happened is often a walkway for nearby UTA and Arlington High School students.

Arlington ISD confirmed Reynolds was a junior at the high school. It’s not clear if the shooter was as well. 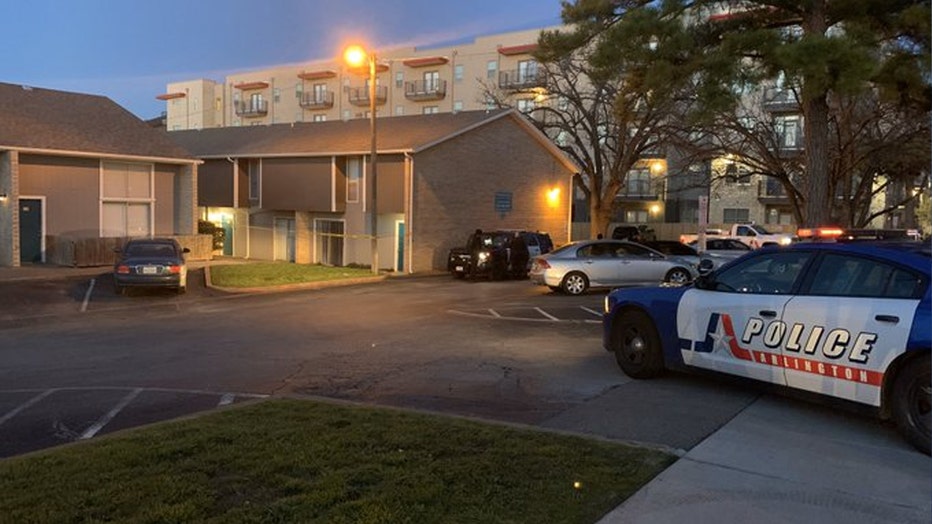 Police have not released any details about the relationship between the victim and the shooter but said it’s likely the two knew each other.

“Based upon the witness accounts that they have so far, he was standing here in the grass, and the suspect approached him,” Arlington PD Lt. Chris Cook said. “There wasn’t a physical altercation they don’t believe. And there was some words said and then the suspect shot him at least one time and then he took off running.”

Arlington ISD announced that counselors will be available on campus on Friday.

There have been two other Arlington ISD student deaths in the past six months. In those cases, they were also victims of gun violence.