Jury selection began Tuesday afternoon in the trial for the man accused of beating a transgender woman at an East Oak Cliff apartment complex.

DALLAS - Jury selection began Tuesday afternoon in the trial for the man accused of beating a transgender woman at an East Oak Cliff apartment complex.

More than 80 potential jurors were called in to the courtroom to be questioned by the prosecution and defense. That process lasted a few hours. Beginning Wednesday, 12 jurors will begin hearing the state’s evidence.

Video of Muhlaysia Booker being savagely beaten will likely be the centerpiece of evidence at the aggravated assault trial. The violent mob-style attack angered the transgender community.

“We are concerned on multiple levels in this case,” said Monica Roberts with Black Trans Women Inc.

Dallas police say Edward Thomas is one of the men in the video beating the 23-year-old transgender woman outside the Royal Crest Apartments in East Oak Cliff on April 12 following a minor fender bender. Investigators say someone in the crowd offered Thomas $200 to beat Booker.

Kacy Miller is a jury consultant not associated with this case. She talked about the dynamics at play.

“I think the video evidence is very strong for the prosecutor,” she said. “If you remove the issues of the fact that Ms. Booker was transgender, the bottom line is this human was beat up by another human while other humans watched. You have what I think could be characterized as a mob mentality, and I think that a big challenge for the defendant to overcome.”

The defense argued unsuccessfully weeks before jury selection that Booker should be referred to throughout the trial by her male birth name. The defense might have persuaded the jury to consider this case a fight between two men, but Judge Hector Garza denied the defense’s motion. 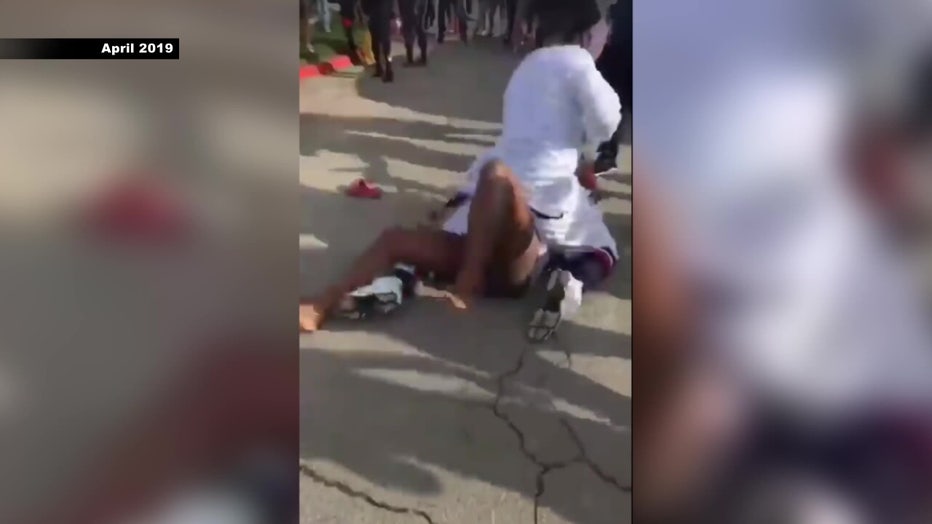 Booker was shot to death on May 18 in an unrelated crime in Old East Dallas. Thomas is not charged in connection to her murder.

Members of the trans community plan to attend the assault trial on Booker’s behalf.

Because there is a gag order in place, both sides could not talk about what questions were asked to potential jurors during voir dire.