A Denton County woman who was out on a jog Sunday may have helped police track down a kidnapping suspect. She said the man attempted to lure her into his vehicle.

DENTON, Texas - A Denton County man is in jail accused of trying to kidnap several women in Corinth and Denton.

A woman who was out on a jog Sunday may have helped police track down the suspect, Arique Bagby. She said the man attempted to lure her into his vehicle.

"My husband and daughter both sent a picture of the car to me because they knew I was going on a long run so I was very self-aware," said Donna, an avid runner who didn’t want her last name or face shown.

Donna was about six miles into her Sunday afternoon run on Lake Sharon Drive in Corinth — hyper alert, thanks to shared social media posts with Bagby’s vehicle description.

"As I was headed this direction and I saw the silver SUV at the top to the hill heading toward me, I was staring at it and just paying attention and it slowed down as it got close to me," Donna said.

She took note of the tinted windows and paper plates and got out her cell phone. The driver passed her but then u-turned and came back. 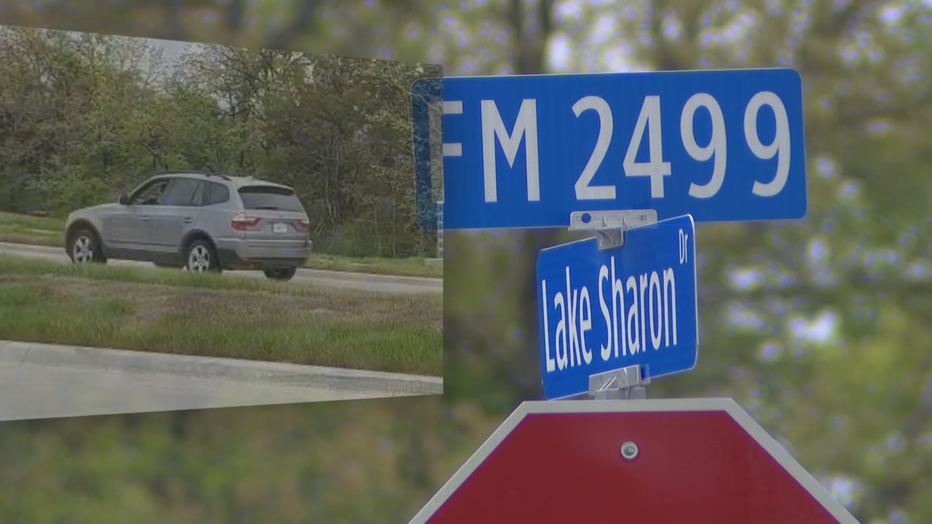 "He had stopped completely in the road, rolled his window down and he had said something to me," Donna said. "At that point I was taking another picture, and he could tell, and then he drove off."

Donna called police and a few hours later they pulled Bagby over and arrested him for suspicion of DWI until they could investigate further and file the more serious charge of aggravated kidnapping.

Police say Bagby approached two other women Saturday about 15 minutes apart — pulling a gun on one and demanding she get into his car. The woman did, but managed to get out when he slowed down.

Donna says she hopes she played a role in his arrest.

"I sure hope so, we’ll never know but I’m just glad it all worked out and they got him that day," Donna said.

Bagby’s priors include burglary of a habitat, aggravated assault with a deadly weapon and robbery. He is being held on a $500,000 bond.