Alex Trebek passes away at 80 after cancer battle

Alex Trebek, the longtime host of the game show Jeopardy has passed away at the age of 80.

Alex Trebek is spreading kindness and positivity to all — even after his death.

"Jeopardy!" released on Thursday a Thanksgiving message from the late game show host that was recorded prior to his death just a few weeks ago.

In the 20-second clip, the beloved television icon reminds Americans to hold on to their faith during what is an unprecedented time given the coronavirus pandemic.

Trebek says: "Happy Thanksgiving ladies and gentleman. You know, in spite of what America and the rest of the world is experiencing right now, there are many reasons to be thankful. There are more and more people extending helpful hands to do a kindness to their neighbors, and that's a good thing."

"Keep the faith, we're going to get through all of this, and we will be a better society because of it," Trebek's posthumous message concludes.

"Jeopardy!" released the touching video message on its official Twitter account, writing, "High on our list of things to be thankful for this year: Alex's Thanksgiving message from today's show. We hope you have a safe and happy Thanksgiving!" 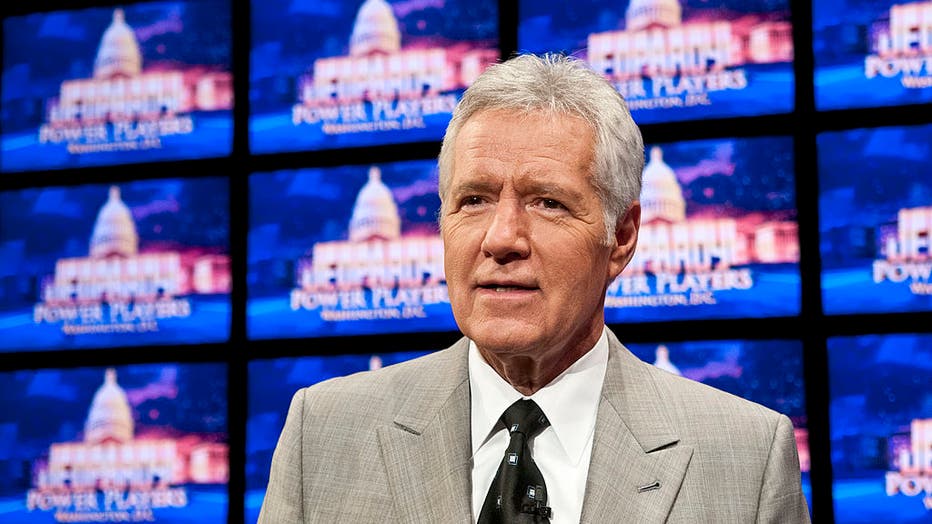 Alex Trebek speaks during a rehearsal before a taping of Jeopardy! Power Players Week at DAR Constitution Hall on April 21, 2012 in Washington, DC. (Photo by Kris Connor/Getty Images)

Trebek died on Nov. 8 after a battle with stage 4 pancreatic cancer. Hollywood stars and fans alike continue to pay tribute to him.

Trebek hosted “Jeopardy!” since 1984, presiding over more than 8,000 episodes. He routinely talked about how much he loved hosting the popular game show and even credited the fans with helping him during his cancer treatment.

When production halted due to the global pandemic, he was one of the loudest voices pushing for the show to come back safely.

"Jeopardy!" is set to resume production on Nov. 30, and viewers will see the late host's duties temporarily filled by interim guests with one of its all-time great players, Ken Jennings, taking the podium.