Janet Yellen, President-elect Joe Biden's choice as Treasury secretary, said Tuesday that the incoming administration would focus on winning quick passage of its $1.9 trillion pandemic relief plan, rejecting Republican arguments that the measure is too big given the size of U.S. budget deficits.

WASHINGTON (AP) - Janet Yellen, President-elect Joe Biden's choice as Treasury secretary, said Tuesday that the incoming administration would focus on winning quick passage of its $1.9 trillion pandemic relief plan, rejecting Republican arguments that the measure is too big given the size of U.S. budget deficits.

"More must be done," Yellen told the Senate Finance Committee during her confirmation hearing. "Without further action, we risk a longer, more painful recession now — and long-term scarring of the economy later."

Republicans questioned elements of the Biden proposal such as providing an additional $1,400 stimulus check to individuals earning less than $75,000. They also objected to the inclusion of such long-term Democratic goals as boosting the minimum wage to $15 per hour.

Sen. Tim Scott, R-S.C., said that the push for a higher minimum wage comes at a time when thousands of small businesses like restaurants have gone out of business, and that it would lead to more job losses.

President-elect Joe Biden is unveiling a $1.9 trillion coronavirus plan aimed at speeding up the vaccine rollout and providing financial help to individuals, states and local governments and businesses. 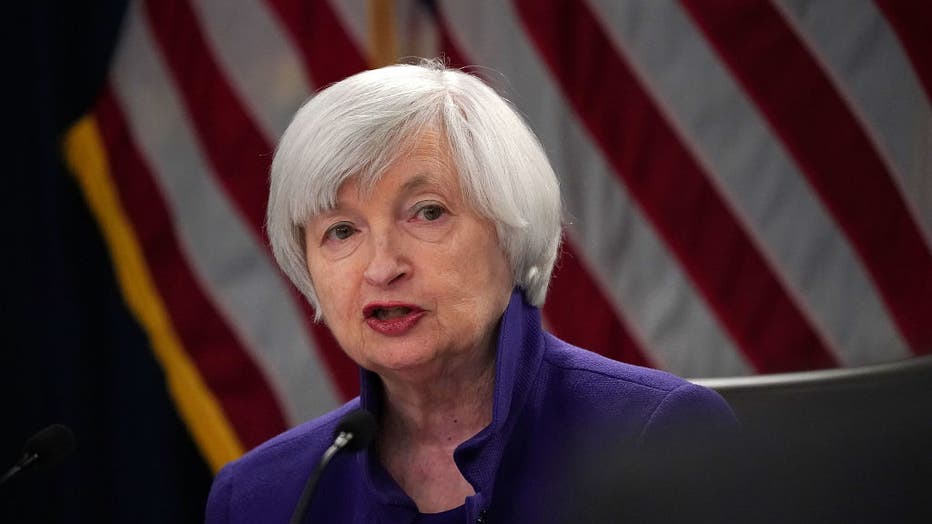 Sen. Ron Wyden, D-Oregon, who will become chairman when Democrats take over the Senate, said it was his hope that Yellen could be confirmed by the full Senate as soon as Thursday.

Biden last week unveiled a $1.9 trillion relief plan that would provide more aid to American families and businesses and more support for vaccine production and distribution as well as providing support for states and localities to avoid layoffs of teachers and first responders.

Many Republicans raised the soaring budget deficits as a reason to be cautious in passing further relief. Last year, the budget deficit climbed to a record $3.1 trillion.

Yellen said that she and Biden were aware of the country's rising debt burden but felt fighting the pandemic-recession was more important currently.

"Right now, with interest rates at historic lows, the smartest thing we can do is act big," she said. "In the long run, I believe the benefits will far outweigh the costs, especially if we care about helping people who have been struggling for a very long time."

Yellen was nominated to be chair of the Fed by Barack Obama and she stepped down in February 2018 after President Donald Trump decided not to nominate her for a second four-year term. Since leaving the Fed, Yellen has been a distinguished researcher at the Brookings Institution, a Washington think tank.

In the financial disclosure forms filed with the committee, Yellen listed more than $7 million in speaking fees she has received from a number of top Wall Street firms such as Goldman Sachs and Citigroup since leaving the Fed. Yellen has agreed to recuse herself from Treasury matters involving certain firms that have compensated her for her talks.

Yellen's Treasury nomination was supported in a letter from eight previous Treasury secretaries serving both Republican and Democratic administrations.