Testimony at the Amber Guyger murder trial on Wednesday focused on a pattern of confusion with residents of the South Side Flats going to the wrong floor.

DALLAS - Testimony at the Amber Guyger murder trial on Wednesday focused on a pattern of confusion with residents of the South Side Flats parking on the wrong floor.

The Texas Rangers sergeant who was the lead investigator of the Amber Guyger case described the layout of the building and Botham Jean's apartment and how, in some respects, it was nearly identical to Guyger's apartment.

Texas Rangers Sgt. David Armstrong admitted he too parked on the wrong floor at the Southside Flats while investigating the case. He called the layout of the parking lot “confusing" and said numerous other residents he questioned admitted trying to unlock the wrong apartment.

Armstrong said he and other Rangers interviewed 297 of the building’s 349 residents. Of them, 93 admitted that at some point they have parked on the wrong floor. 76 of those were the third and fourth floor. 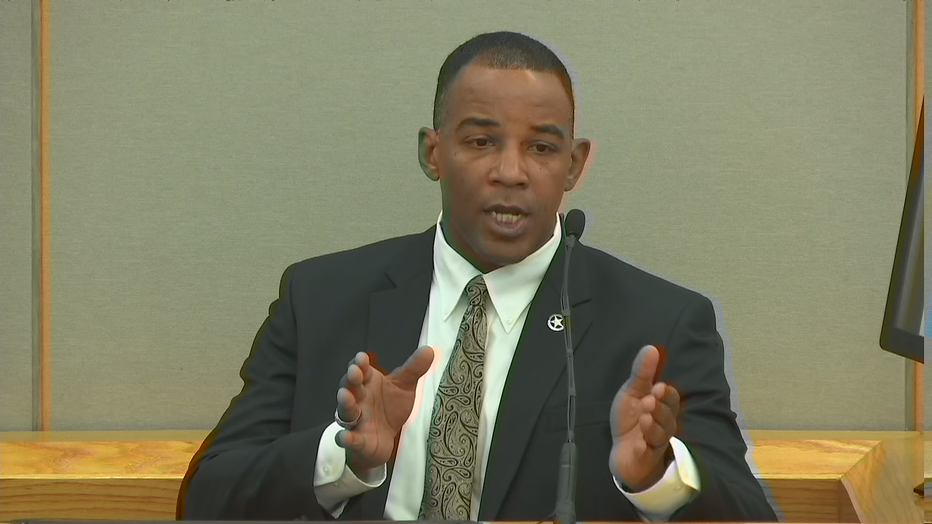 Guyger, a former Dallas police officer, said she shot her upstairs neighbor, Botham Jean, last year after she mistakenly went into his apartment thinking it was hers. She claims she thought he was an intruder.

Ranger Armstrong testified the entryways to the building on both the third and fourth floors are very similar with little floor identifiers. He also said Jean’s and Guyger’s apartments had the exact same layout with the TV and couch in the same place. 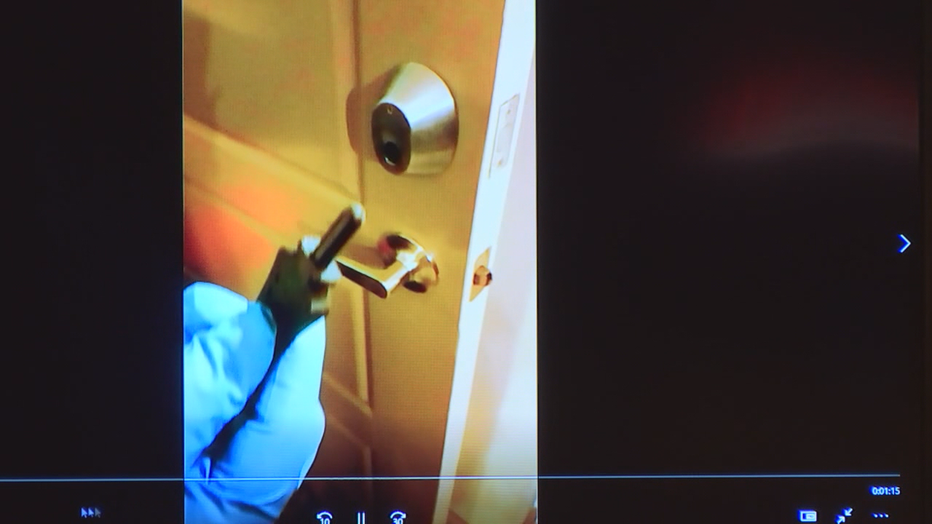 Armstrong revealed on Wednesday that Jean’s door was faulty, which is why it wasn’t completely closed on the night of the shooting. The screws on the strike plate of the door had been torqued so tightly that it bowed the metal plate out.

Residents Whitney Hughes and Alyssa Kinsey said on the stand that they heard two gunshots the night Jean was killed by Guyger.

Based on the bullet trajectory evidence, prosecutors maintain that Jean would have been getting off the couch or cowering. The defense sees that differently. They believe it could support their case and shows that he was moving toward her.

Both teams questioned the medical examiner, which said both cases could be true.

“If an individual were facing a person, walking up towards a person and saw a firearm, they ducked and a person shot at them, that could cause them to duck,” said defense attorney Toby Shook.

The medical examiner says Jean was a healthy 6’1” and weighed 247 pounds. He had marijuana in his system. He died from a gunshot wound to his heart and lung.

The day ended with a crime scene analyst on the stand showing a picture of Guyger that night wearing a taser next to her gun.

A witness for the prosecution told the court he does not believe Guyger committed a crime. But the judge didn't allow the jury to hear it.

The testimony that has been the most profound support of the defense was not heard by jurors on Wednesday.

Outside the presence of the jury, Sgt. Armstrong testified that said he believed Guyger was not criminally negligent or acted recklessly that night.

“Do you believe today that you have probable cause to believe that Amber Guyger committed a crime?” defense attorney Robert Rogers asked Armstrong.

“Based on the totality of the circumstances and based on the complete investigation, no sir,” the sergeant replied.

After prosecutors argued, the judge agreed that Armstrong was not sworn in as an expert witness. Instead, he was testifying as an investigator.

While jurors were out of the room, Armstrong also testified that Jean would have been as close as 13-15 feet to Guyger when he was shot, which could support the defense’s theory that she felt threatened.

“I believe that she did perceive him as a deadly threat,” he said.

There is a chance Armstrong’s testimony could be re-introduced by the defense when they present their case.

Russell Wilson is a Dallas criminal defense attorney who has been following the Amber Guyger trial. He weighs in on Day 3 of testimony.