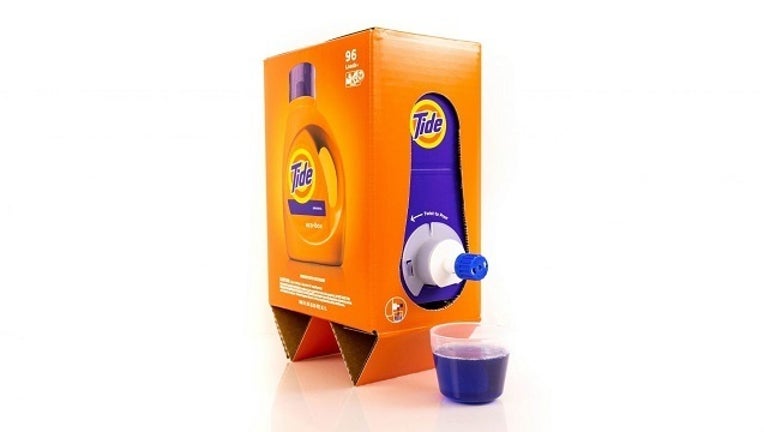 The company changed its package specially to make it easier to ship. (Procter & Gamble)

PHILADELPHIA (WTXF) - Tide's new packaging is raising some eyebrows. Procter & Gamble announced plans for a Tide 'Eco-Box' and the internet is freaking out saying it looks like box wine.

The company changed its package specially to make it easier to ship. It uses 60% less plastic and 30% less water vs the comparable plastic bottle (150 oz Tide Original). The product now comes in a box, which is sealed with a bag of soap inside and a pouring spot, but to some on Twitter it also looks like a box of wine.

“I’ve never wanted to do anything as much as I want to f---ing chug detergent out of this Franzia box,” tweets Ryan Broderick, deputy global news director for BuzzFeed. “I can’t believe their solution to kids eating Tide pods was to literally put it in a box with a spigot.”

Just a reminder this product is not meant to be consumed. You may recall last year when the disturbing trend of eating of tide pods sent thousands of kids to the hospital.