10 women who changed the world

These women reshaped the world in ways you might not have known.

The first International Women’s Day was marked in 1909, but women were shaping the world long before then. 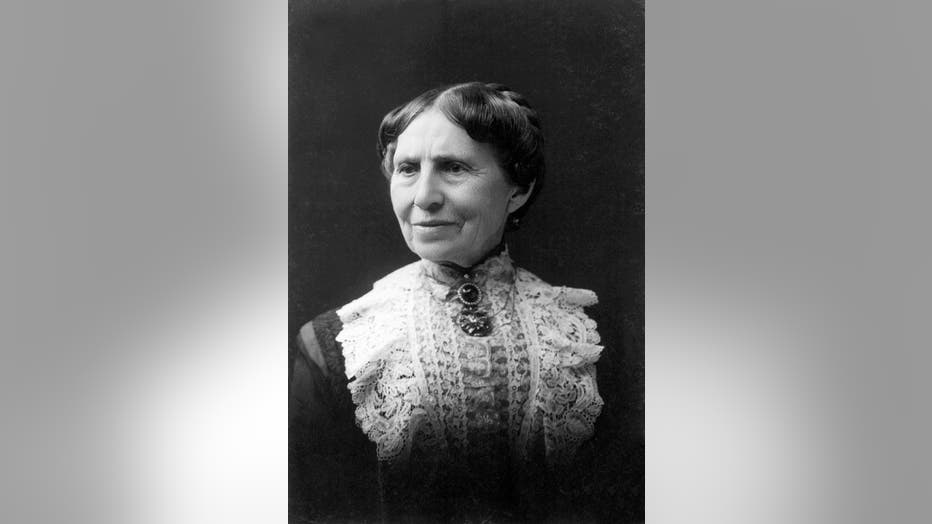 At 59 years old, Clara Barton founded the American Red Cross in 1881, which she ran for 23 years.

In 1854, she was the first woman to be hired as a recording clerk at the U.S. Patent Office in Washington D.C. She was paid the same as her male colleagues, but was transferred as a copyist the following year with a lower salary.

Barton quit her job when the Civil War broke out, making it her mission to bring medical supplies to Union soldiers in need and earning her the nickname the “angel of the battlefield.” 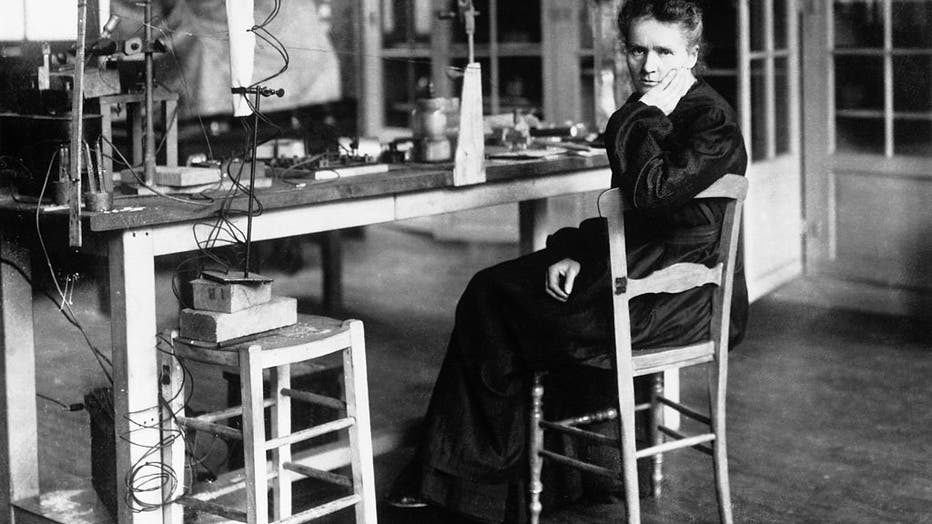 Marie Sklodowka Curie (1867 - 1934) in her laboratory. She shared a Nobel Prize in Physics in 1903 with her husband Pierre for their work in radioactivity. In 1911 she became one of the few people to be awarded a second Nobel Prize, this time in chem (Photo by © Hulton-Deutsch Collection/CORBIS/Corbis via Getty Images)

Curie’s work includes the development of the theory of radioactivity as well as the discovery of two elements: radium and polonium. 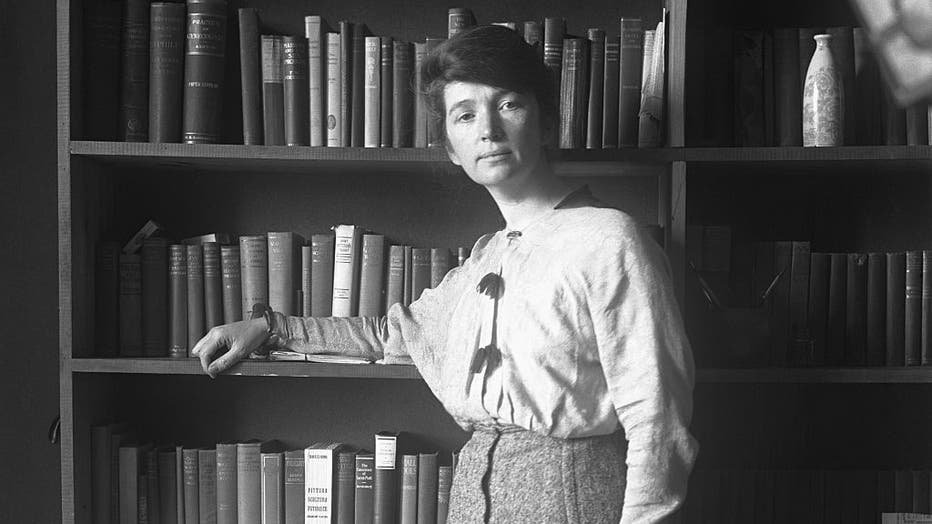 Margaret Sanger during her trial in Federal Court over her book The Woman Rebel. (Getty Images)

In 1916, Margaret Sanger opened up the first birth control clinic in Brownsville, Brooklyn but was arrested shortly thereafter for distributing birth control information, which was illegal at the time. She spent 30 days in jail, during which time she garnered substantial media attention and support from the public.

In 1929, Sanger formed the National Committee on Federal Legislation for Birth Control to lobby Congress for legislation permitting doctors to prescribe birth control. Her efforts would eventually lead to widespread use of contraceptives in the United States. 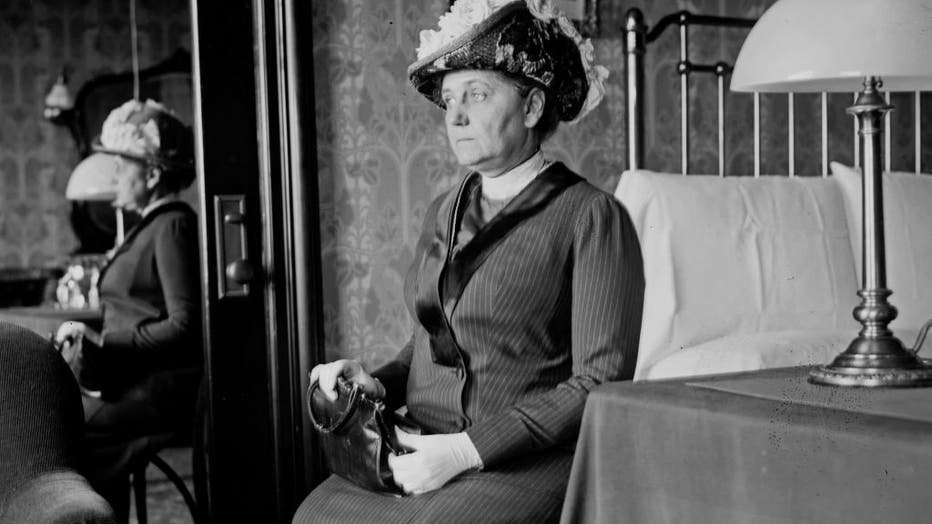 Jane Addams became the first American woman to be awarded the Nobel Peace Prize in 1931. She was known for her work in social reform and women’s suffrage.

An outspoken pacifist, Addams spent much of her life lobbying for social justice. Addams was instrumental in founding the Women’s International League for Peace and Freedom in 1919. 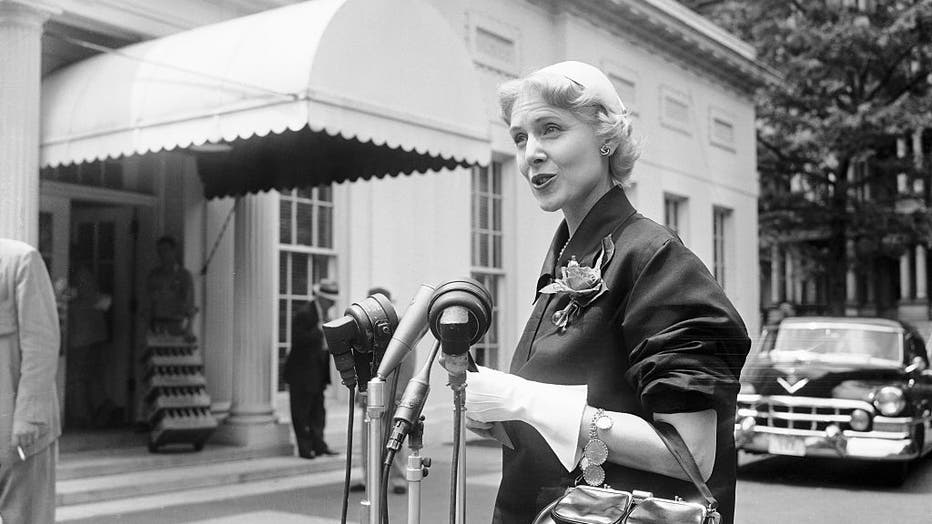 Clare Boothe Luce was the first American woman appointed to a major ambassadorial post. After campaigning for Eisenhower in the 1952 presidential election, she was appointed ambassador to Italy.

Luce was awarded the Presidential Medal of Freedom by Ronald Reagan in 1983 and was the first female member of Congress to receive the award. 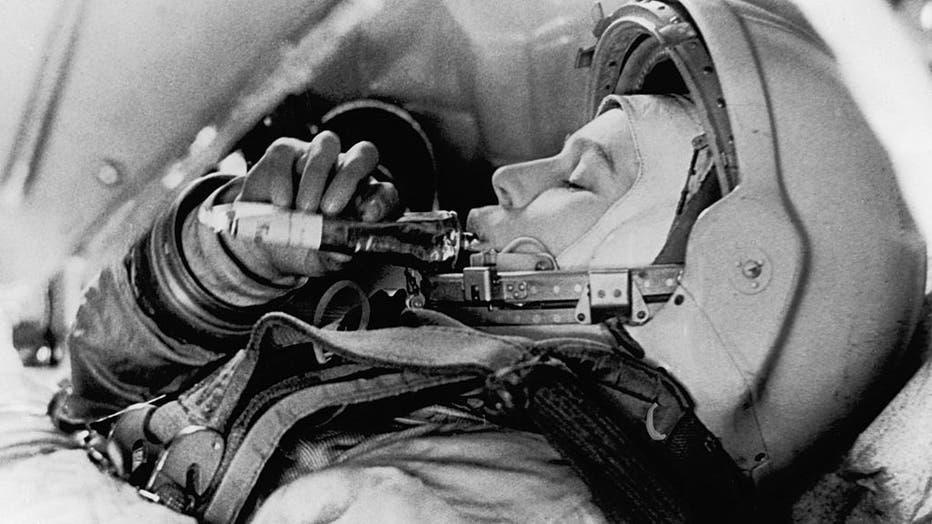 In Moscow in June 1963, the Russian spacewoman Valentina Tereshkova was pictured training, in preparation for her first flight into space. She was the first woman to leave Earth. (Photo by Keystone-France/Gamma-Keystone via Getty Images)

This Russian cosmonaut was the first woman to travel into space. She was selected out of more than 400 applicants to pilot Vostok 6 on June 16, 1963. She spent almost three days in space and orbited Earth 48 times. 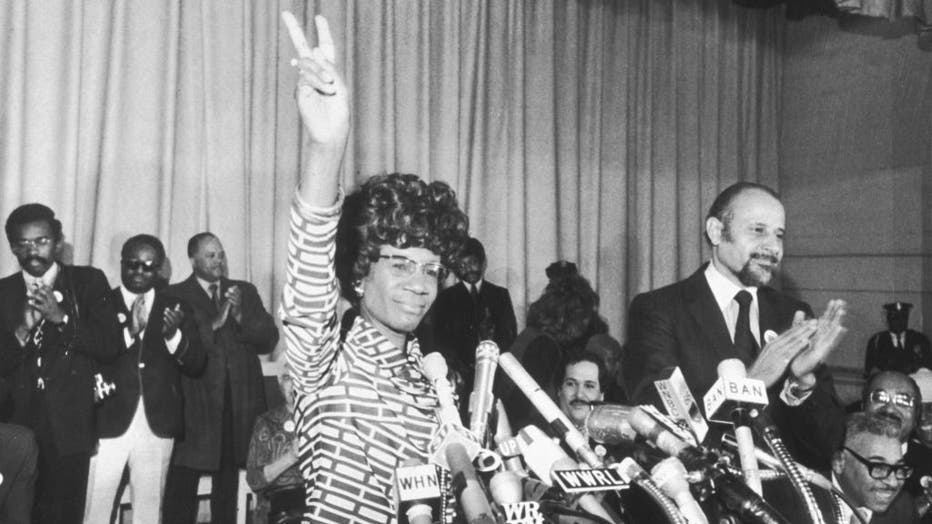 Chisholm was the first African American woman elected to the U.S. House of Representatives. Her campaign slogan was, “Unbought and unbossed.” She represented New York’s 12th congressional district for seven terms from 1969-1983. 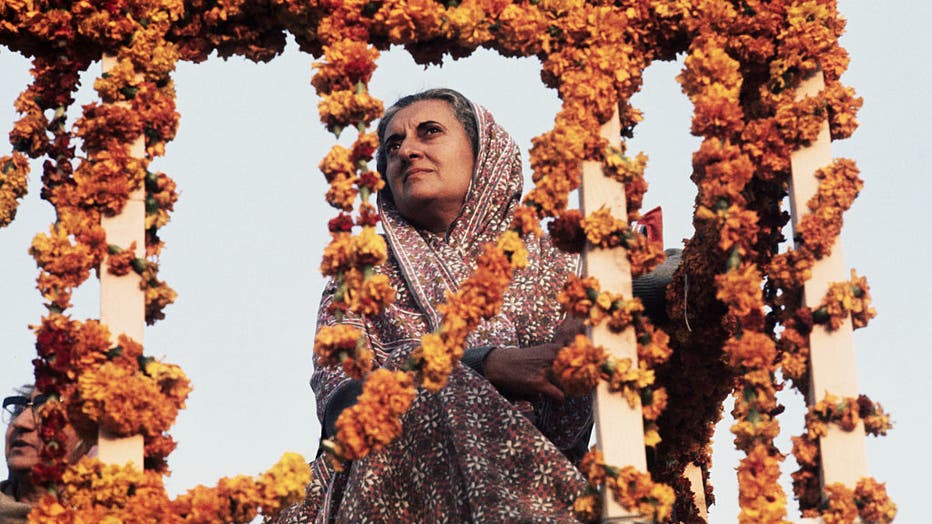 (Original Caption) Mrs. Gandhi Campaigns. New Delhi, India: Mrs. Indira Gandhi, premier of India, with her face surrounded by floral garlands, addresses a public meeting gathered at the Red Fort at the eve of the elections. Some 275 million people st

This trailblazing politician served four terms as India’s first and only female prime minister until being assassinated in 1984.

Gandhi supported the war of independence in East Pakistan, which resulted in the creation of Bangladesh under her leadership. 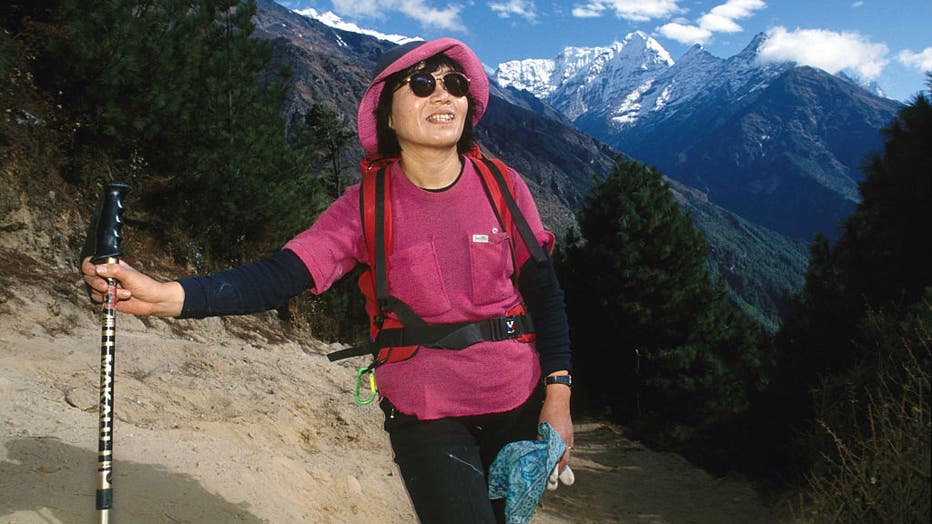 Junko Tabei, from Japan, was the first woman to reach the summit of Everest on May 16, 1975, at the age of 35. Despite being injured in an avalanche at Camp II with 7 other Japanese expedition members, including 6 Sherpas 12 days before, she succeede (Photo by John van Hasselt/Corbis via Getty Images)

On May 16, 1975 Junko Tabei became the first woman to reach the summit of Mount Everest.

Her ascent to the top of Everest was almost cut short when her team was swept away by an avalanche at an altitude of more than 21,000 feet. Tabei lost consciousness before being recovered by a guide, but continued the journey regardless, reaching the summit 12 days later.

Tabei also became the first woman to climb the seven summits, comprised of the highest mountain peaks from each of the seven continents. 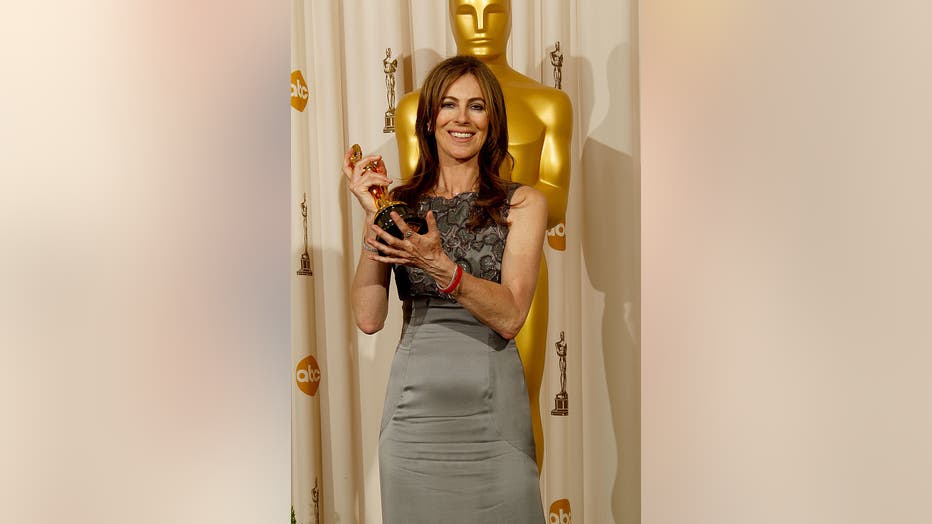 Director Kathryn Bigelow, winner of Best Director for "The Hurt Locker" poses in the press room at the 82nd Annual Academy Awards held at the Kodak Theater on March 7, 2010 in Hollywood, California. (Photo by Dan MacMedan/WireImage)

In 2010, Bigelow became the first female filmmaker to win Best Director at the Academy Awards for “The Hurt Locker” and is the fifth woman in history to be nominated for the award.

Bigelow is known for merging the gap between commercial and independent filmmaking. Among her most well-known works are “Point Break” and “Zero Dark Thirty.”