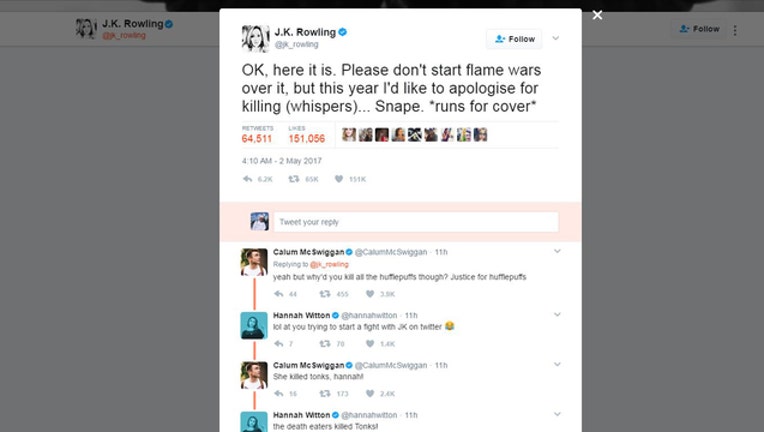 Famed author J.K. Rowling has an apology for fans of Harry Potter: she is sorry for killing off Professor Snape.

Snape died in the Harry Potter and the Deathly Hallows. The role was portrayed by late actor Alan Rickman in all Harry Potter movies.

The apology by Rowling came on the 19th anniversary of an important battle between wizards in the book, and is the third apology from the author over her decision to kill off characters, in as many years. In 2016, Rowling apologized for killing off Remus Lupin.

In 2015, Rowling apologized for killing off Fred Weasley.

Some Twitter users recounting the moment they learned of Lupin, Snape, or Weasley's death.

Some Twitter users, however, were not as sympathetic to Snape as others were.

One of the responses that stood out came from an account called, perhaps aptly, Professor Snape.