A Hurst man is back home and recovering from COVID-19 after spending 17 days in a hospital.

HURST, Texas - A Hurst man is back home and recovering from COVID-19 after spending 17 days in a hospital.

For 10 of his days in the hospital, C.J. Thomas was sedated. A machine did the breathing for him.

C.J. remains in quarantine in a room at his house. It’s a big step up from the ICU. He's still on oxygen, but he’s getting stronger every day. He wants people to know just how serious this virus can be.

The 43-year-old was released from Medical City Las Colinas last Wednesday after spending 17 days in the hospital. He spoke to FOX 4 from his home in Hurst.

C.J. began feeling bad the last week of March. He had a hard time breathing but never suspected he could be infected with the coronavirus.

“I just thought it was a really bad flu,” he said. “That wasn't even on my mind.”

On March 30, C.J.’s wife, Halle Thomas, drove him to the emergency room.

“I helped him walk in because he was unsteady,” she said. “Which this is a man who never gets sick, ever.”

The next day, C.J. tested positive. His oxygen levels were low. He says it was all a blur from there.

Halle, who spoke to a hospital nurse by phone, filled in the blanks.

“We're going to take him to the ICU and intubate him, and he's going to be sedated,” she said. “A couple of seconds, he says they're coming to get me. I have to get off the phone. I said very specifically I will see you when you wake up.”

Unable to communicate with C.J. or see him in person, Halle and their three children relied on updates from his nurses. After 10 agonizing days, they got word he was awake and breathing on his own.

“It was absolutely amazing,” Halle said. “I mean I'm still in disbelief.”

Seven days later, Halle was able to bring her husband home to their kids. 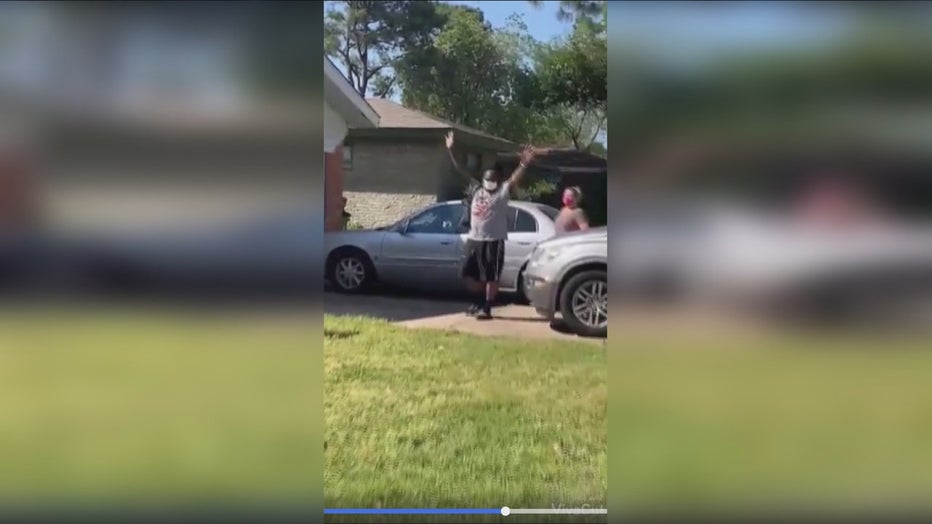 C.J. is urging folks to listen to their bodies and seek medical care sooner than later. He gets out of quarantine on Thursday. All he wants to do is hug his wife and kids.