Dallas County DA Creuzot filed a motion ordering all Dallas County J.P.'s to dismiss with prejudice charges against multiple defendants for lack of evidence and in the interest of justice.

Dallas County Justices of the Peace courts are clearing their books of old cases where tickets have never been settled and hot checks were never made good.

The cases could have potentially brought millions to the county in fees and fines, but the district attorney says they are too old to pursue and he's ordered the J.P.'s to dismiss.

Some are dismissing cases five years old and older, while others are throwing out cases on the books over a decade or more.

“We fondly say this is an early Christmas,” said Judge Thomas G. Jones.

Jones is tossing 274,823 cases that have been in the system longer than ten years.

“We've averaged out at $75 per ticket. That’s roughly some $20 miliion that we're giving back, so to speak,” Jones said.

The printed dismissal lists is 5,000 pages. That means waiving any holds on drivers’ license and any warrant that they might still have active, collection fees fines and court costs. 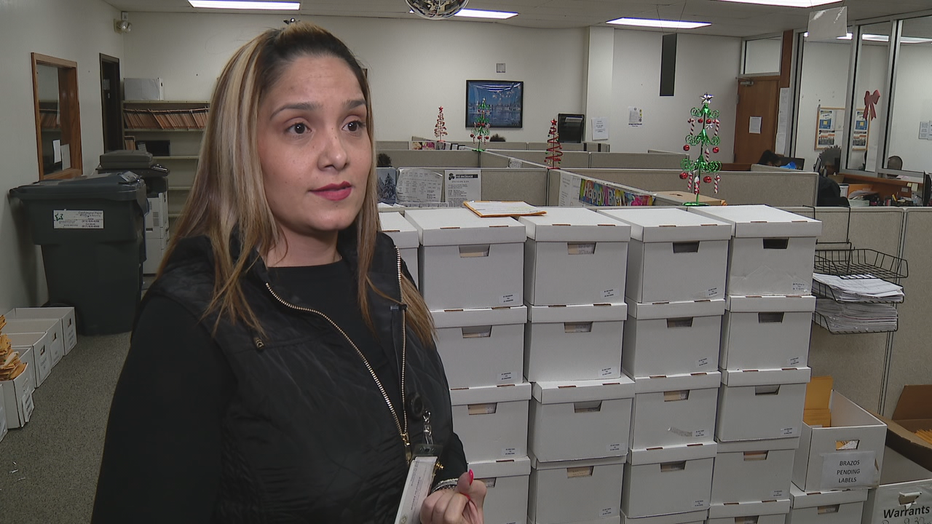 Katina Whitfield discovered boxes and boxes of cases never disposed of when she took office as justice of the peace in Mesquite in January. In total for her court, more than 100,000 such cases.

“It shined a lot on something that before was being overlooked or missed, i guess,” Whitfield said.

“A lot of these are going to be impossible to prosecute. We have officers who don’t work for the county anymore, some of these people are probably deceased,” Whitfield said.

Creuzot filed a motion ordering all Dallas County J.P.'s to dismiss with prejudice charges against multiple defendants for lack of evidence and in the interest of justice.

Research revealed some cases on the books since 1947.

“We caught up a lot. It was pretty backed up, but we're there now. It’s better,” said Whitfield’s clerk, Destinee Serrato.

Clerks said people have been thrilled to find out their tickets have been dismissed.

Officials don’t believe that there will be such another wave of dismissals, as current records are computerized and up to date.