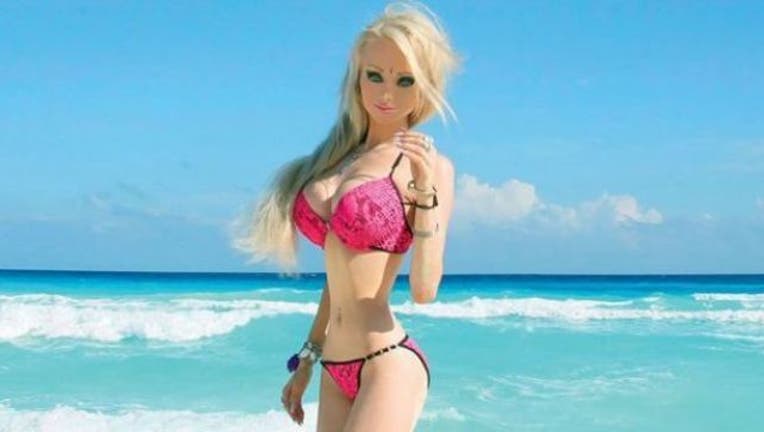 The Human Barbie is now a DJ. That’s according to a new press release her team sent out, obtained by TooFab.

The site reports Valeria Lukyanova’s team boasts she is planning a “Space Barbie Tour.” It will begin in October and will be a "DJ mission with futuristic deep house and space disco."

The press release oddly states, "The DJ sessions will [resemble] a fascinating musical journey into the deep space. Valeria will be using special words from ancient languages, which will result in a meditation right on the dance floor. During her performance the Human Barbie will show special signs with her hands demonstrating a deeper immersion into the atmosphere."

Lukyanova became famous for her shocking doll-like features, which she shared online in eyebrow-raising snapshots.