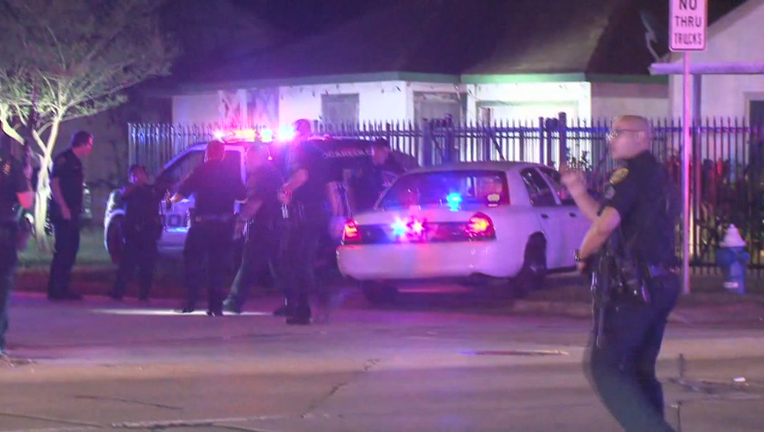 HOUSTON - A Houston police officer was hospitalized in stable condition after he was shot in a struggle with a suspect who along with three others stole two vehicles and attempted to kill a priest in a crime spree that played out as Democratic presidential candidates debated just miles away, the city's police chief said Friday.

The 29-year-old officer was wearing a bulletproof vest when he was shot late Thursday but he was struck in the lower abdomen, just below the vest, police Chief Art Acevedo said during a news conference. Markings on the vest indicate the suspect may have tried to shoot the officer two other times, Acevedo said. The officer underwent surgery that lasted several hours and Acevedo said he's "hopeful for a full recovery."

The chaotic scene began when the group carjacked an SUV at a gas station as its driver was filling it with fuel. The driver told the men the SUV was running on fumes.

"Well, they didn't listen and they took the SUV anyway," Acevedo said.

The four abandoned the SUV when it ran out of gas and soon after encountered a priest in the parking lot of his church. They beat the man and took two cell phones from him, the chief said. At one point, the priest was on his knees praying when one suspect attempted to shoot him twice, only to have the weapon misfire on both occasions, he said.

A woman driving nearby was then victimized when the group forced her to stop and took her pickup. At that point officers were in pursuit and the suspects fled the pickup, Acevedo said. 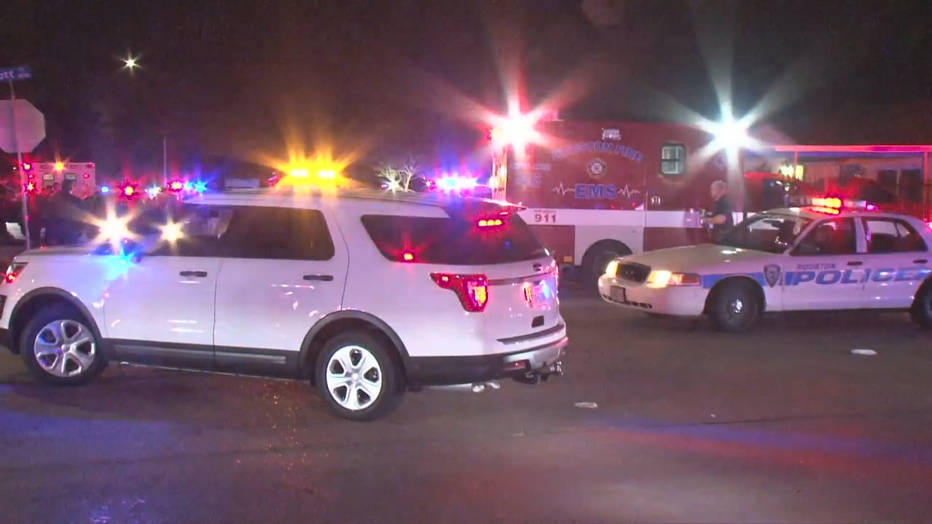 The 29-year-old officer, who has not been identified but is a five-year veteran of the Houston police force, chased one suspect into the backyard of a home where bodycam video shows a struggle ensued, Acevedo said.

After the officer was shot, another officer ran into the yard and shot the suspect once, killing him.

Two other suspects were taken into custody and police are searching for the fourth man.

He provided few details about the suspects, saying that suspect in custody is 17 years old and that the group has criminal records and at least one has ties to a street gang. He did not identify the suspect who was killed.

Acevedo was attending the Democratic debate at Texas Southern University and rushed to the scene about 3 miles (4.83 kilometers) away.