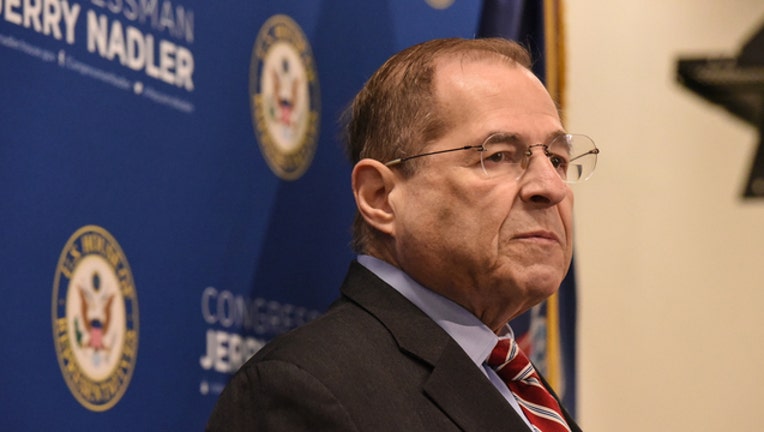 The panel also voted to authorize subpoenas for documents and testimony related to Trump's handling of immigration, including on the separation of migrant families at the southern border. The resolution authorizes an investigation into whether there have been any discussions of Trump offering pardons to Homeland Security officials who work on immigration issues.

Judiciary Chairman Jerrold Nadler of New York will make the final decision about issuing the subpoenas and has said they can be avoided if witnesses and the administration cooperate voluntarily. The vote was 21-12.

Trump tweeted about the vote shortly before the meeting began. He said the witnesses "have already spent hours with Robert Mueller, and spent a fortune on lawyers in so doing."

The president added of the Democrats: "Enough already, go back to work!"

Three other names on the subpoena list are related to the National Enquirer's efforts to help kill potentially embarrassing stories about Trump over the years by paying hush money in a practice known as "catch-and-kill." Former Trump lawyer Michael Cohen discussed the practice in testimony before the House Oversight and Reform Committee earlier this year.

They include David Pecker, the chief executive of the National Enquirer's parent company and a longtime Trump ally; Dylan Howard, who Cohen said was personally involved in coordinating payments to two women who said they had affairs with Trump; and Keith Davidson, an attorney who initially represented the women and negotiated their payments.

The top Republican on the panel, Georgia Rep. Doug Collins, criticized Nadler's handling of the investigations, with a jab that other committees had already called in some of the witnesses.

"If the goal truly is to get the information or testimony, our chairman is failing us, but, as I've repeatedly said, if the goal is political theater, Chairman Nadler is winning," Collins said.

The Judiciary panel is investigating whether Trump obstructed justice after Mueller's report detailed several episodes in which Trump tried to influence his investigation. Mueller said he could not exonerate Trump on obstruction and indicated in a May news conference that it was up to Congress to decide what to do with his findings.

As part of that probe, Mueller is scheduled to testify to Congress next week before both the Judiciary and intelligence panels for around two hours each. As the hearing approaches, Democrats have been in last-minute negotiations to figure out the format under the tight time constraints. It's likely that not every member will get to question Mueller, a point that raised ire among Republicans at the committee meeting.

Collins said the panel was "rolled" and is "having our legs cut out from under us by limiting the questioning." Arizona Rep. Debbie Lesko, a junior Republican on the panel, said the decision to exclude some members from questioning is "just plain wrong."

"I have been elected just like anyone else here," she said, speculating that she'd be one of the members cut out.

Nadler wouldn't comment on the format after being repeatedly asked about it by Republicans. House Speaker Nancy Pelosi said at a news conference that she wishes they had more time with Mueller, but "I'm glad we have the time that we have."

On immigration, Democratic lawmakers have sought answers from the administration since more than 2,700 children were separated from their parents at the border last year as the result of a now-abandoned "zero tolerance" immigration policy pursued by Sessions. There was renewed outrage in recent weeks after squalid conditions were reported at border facilities where scores of children are detained well beyond the 72-hour limit by which they are to be transferred to more suitable facilities.

The Democratic questions on pardons center on Kevin McAleenan , the acting Department of Homeland Security secretary. Shortly after McAleenan took over, Trump told him he'd pardon him if he were to find himself in trouble for blocking people legally seeking asylum, people familiar with the conversation told AP. The people spoke on condition of anonymity to discuss a private conversation. Trump has been trying to stop a surge in migration at the southern border.

McAleenan has said he was not asked, directed or pressured to do anything illegal, but has also said his conversations with the president are privileged information.