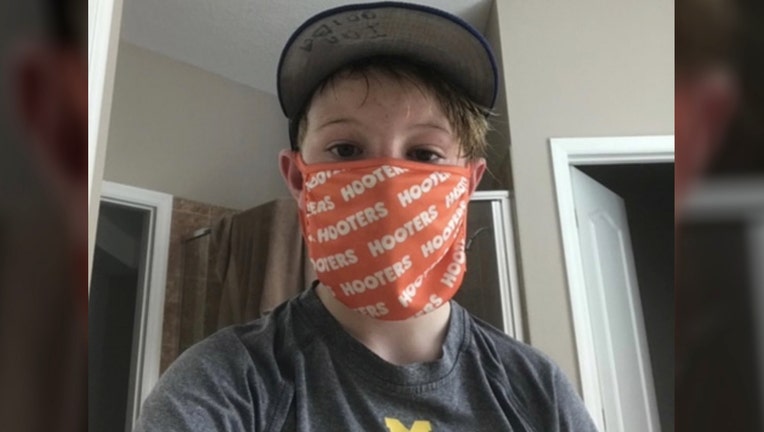 A fifth-grade student who went viral after his school told him not to wear his Hooters face mask in class has been offered free wings for every student and staff member at his school.

11-year-old Ian Golba has been wearing a mask from Hooters to class -- something he said he has sone since school started at Sunset Park Elementary in August.

However, earlier this week, the school's principal told him it was "inappropriate" and violates the Student Code of Conduct.

MORE NEWS: 2020 Emmys: Everything you need to know before the award show

However, the boy's father disagrees, telling FOX 35 that "he told me it was deemed offensive. I told him we go there as a family. We eat their wings, we watch sports. I said we have chocolate cake!  We go there all the time it is not an offensive mask."

He also said that his son is upset by all the attention this drew from administrators, stating that "he was afraid he was going to get reprimanded, in trouble and perhaps suspended from school. I’ve never viewed it as anything but a restaurant. Do we feel women’s bodies are offensive? I don’t know. I don’t. The Principal told me that it was inappropriate. I said I don’t understand why it’s inappropriate. There’s nothing wrong with that mask".

MORE NEWS: People who drive this car get the most speeding tickets, study say

Ian's father has previously expressed that he will take his son back to Hooters.

FOX 35 Orlando originally reported that a Brand Ambassador offered Ian 500 free wings in response to the viral story. The man has since deleted his offer.