Carry the Load 2020 is a Dallas tradition that is being done differently this year because of the COVID-19 pandemic.

Carry the Load 2020 is a Dallas tradition that is being done differently this year because of the COVID-19 pandemic.

Carry the load for 2020 was underway on Monday. It was a memorial drive along Turtle Creek Boulevard in Dallas. Hundreds of vehicles drove the nearly two-mile route. 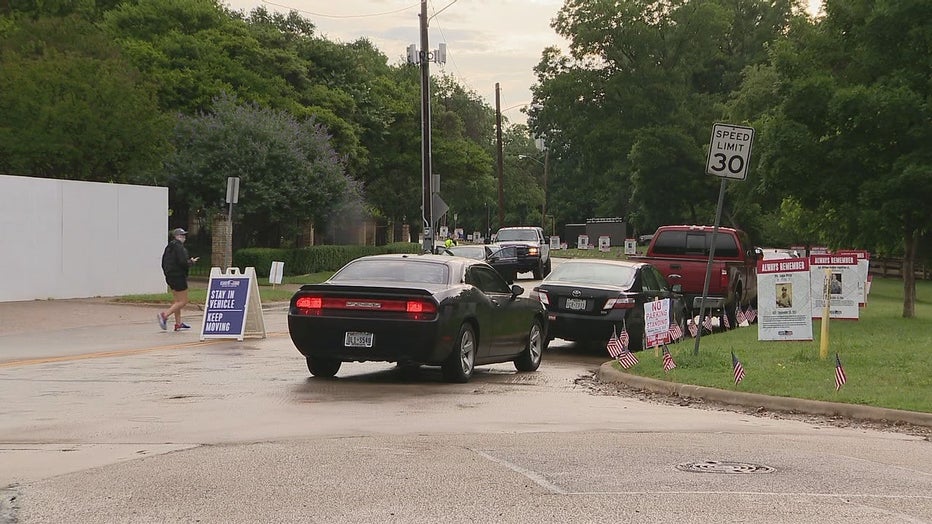 The idea is to remind people of the true meaning of Memorial Day and pay tribute to those who have given their lives to defend our freedom.

Corena Mitchell served 16 years in the U.S. Army. She says events like Carry the Load mean a great deal to those who’ve worn their country’s uniform.

"It makes me very emotional. We've lost soldiers, I've lost friend,” she said. “Too many veterans take their lives or share stories of very difficult times, and it makes you emotional but very proud to be a part of Carry the Load and what they're doing.”

Along the route for Carry the Load, a couple hundred storyboards told the stories of U.S. service members who’ve been killed in the line of duty.

The drive went along Terrell Creek Boulevard between Maple and Blackburn.

Since it’s finding in 2011, Carry the Load has raised $25 million for programs that support the families of

Service members and first responders killed in the line of duty. Money is also raised for veterans programs as well.