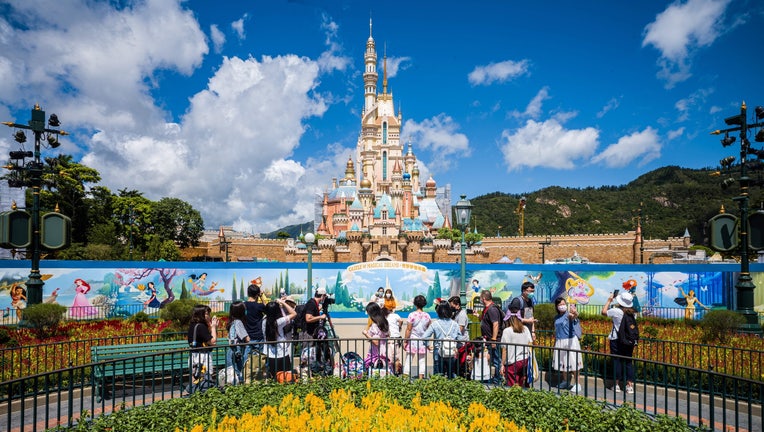 Visitors take photos in front of the Castle of Magical Dreams at Hong Kong's Disneyland on June 18, 2020, after the theme park officially reopened following nearly five months of closure. (Photo by ANTHONY WALLACE/AFP via Getty Images)

HONG KONG - Disney is temporarily closing Hong Kong Disneyland once more due to a rise in coronavirus cases.

The Chinese-ruled city is tightening social distancing measures, limiting group gatherings from 50 people down to just 4, as officials grow concerned about a third wave of virus infections.

“As required by the government and health authorities in line with prevention efforts taking place across Hong Kong, Hong Kong Disneyland park will temporarily close from July 15,” a Disney spokesperson said in a statement to Fox 35 Orlando.

“The Hong Kong Disneyland Resort hotels will remain open with adjusted levels of services," the statement continued. "They have put in place enhanced health and safety measures that reflect the guidance of health and government authorities, such as social distancing measures and increased cleaning and sanitization.”

The city of Hong Kong recorded 52 new virus cases on Monday, the New York Times reports. Hong Kong has had a total of 1,522 cases since the end of January.

Josh D'Amaro, chairman of Disney's parks, experiences and products division, told Reuters that the reopening of their parks in Asia helped the company decide to move forward with its plans to open their Florida parks once more.