TAMPA, Fla. - You've seen it with every Super Bowl win; players and coaches quickly don championship shirts, hats, and other gear that's been pre-made and ready to go. But what happens to all that stuff made up for the losing side?

"This is a piece of football history that isn’t necessarily thought of a lot," said Shari Rudolph, chief development officer with Good360, a non-profit that partners with the NFL to ensure those items don't go on the market and are donated to people and places that need them the most.

"We work with the NFL on a pre-vetted list of countries and those goods could go anywhere in Africa, Asia, the Middle East," Rudolph said. 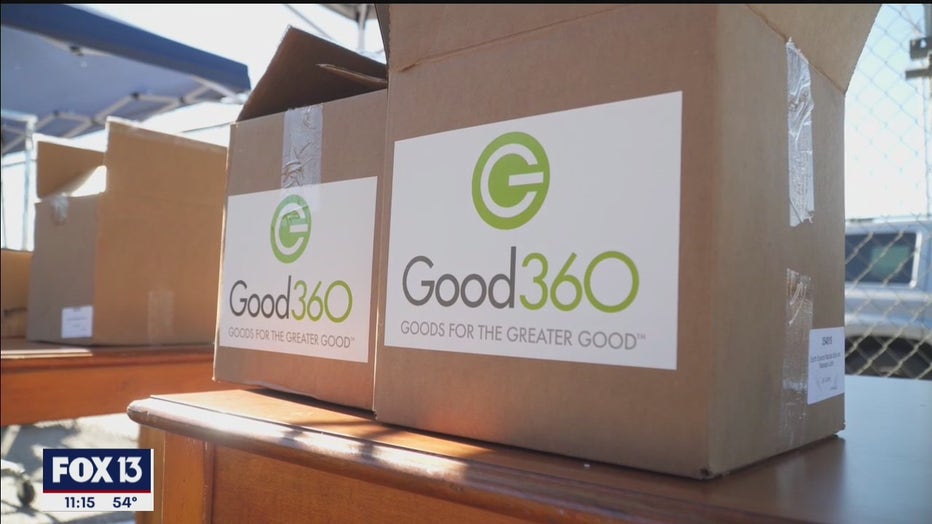 Between the two conference title games and the Super Bowl, thousands of items, including branded masks, will be shipped.

"These things, even t-shirts and hats and sweatshirts, can truly be life-changing for those who otherwise wouldn’t have access to these goods," said Rudolph. "Never before has it been greater than now because of the COVID-19 pandemic."

So even the losing side still wins, in a sense, even if that victory goes unseen.

"For the fans of whichever team doesn’t happen to take home the trophy this weekend, there’s definitely a silver lining that these products will help people in need," said Rudolph.

Good360 works with several hundred other companies on these kinds of donations. Another major partner is Major League Baseball.