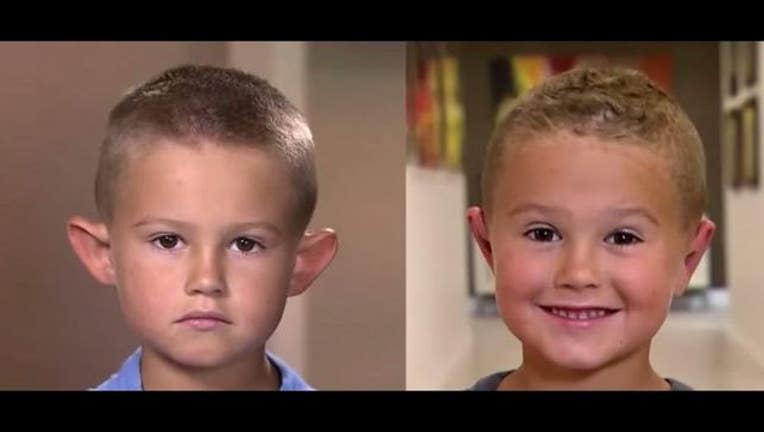 UTAH - It's heartbreaking to think that a young child would want plastic surgery, but that became the reality of a 6-year-old Utah boy after his parents learned he was being bullied for his looks.

First-grader, Gage Berger, was constantly picked on by his classmates for his ears. Berger's parents, Tim and Kallie, say that kids would call him 'elf' or 'elf ears' due to the way his ears protruded from his head.

According to an interview with Inside Edition, Kallie believed the 2-hour procedure was worth it.

“He just gets really down on himself and he thinks, ‘I’m not good enough,’” she said.

“I just don’t want to be made fun of,” the little boy said in the interview.

Dr. Steven Mobley, in Salt Lake City, performed the surgery on little Gage, and explained to IE why he thought ear-pinning procedures could be helpful for grade school kids.

"They often get some not-so-nice name stuck to them, like 'bat ears' or 'elf ears,' and that sticks with them through middle school and high school," he said.

The family did want to urge parents to think before choosing plastic surgery.

According to the American Society of Plastic Surgeons, more than 63,000 cosmetic surgical procedures were performed on teens aged 13 to 19 in 2013 to correct physical characteristics or concerns including a misshapen nose, protruding ears or overly large breasts.

Following his surgery, Gage was shown his new look.

"Oh my gosh!" he exclaimed.

"I think it looks really good!" his Dad, Tim said.

Gage's smile from ear-to-ear said it all.