For 58 years, Theda Lewis has been visiting Long Creek Cemetery in Sunnyvale to spend time with her in-laws. Last Friday, she found damage to one of their headstones.

SUNNYVALE, Texas - A North Texas woman made a disturbing discovery at her relatives' resting place.

For 58 years, Theda Lewis has been visiting Long Creek Cemetery in Sunnyvale to spend time with her in-laws. Last Friday, she found damage to one of their headstones.

Long Creek Cemetery was established in the early 1900s, and no one can remember any kind of incident of vandalism — until now.

Lewis is lamenting the memorial photo on the headstone of her father-in-law, Alvie Lewis, after it was damaged between April 30 and May 6. 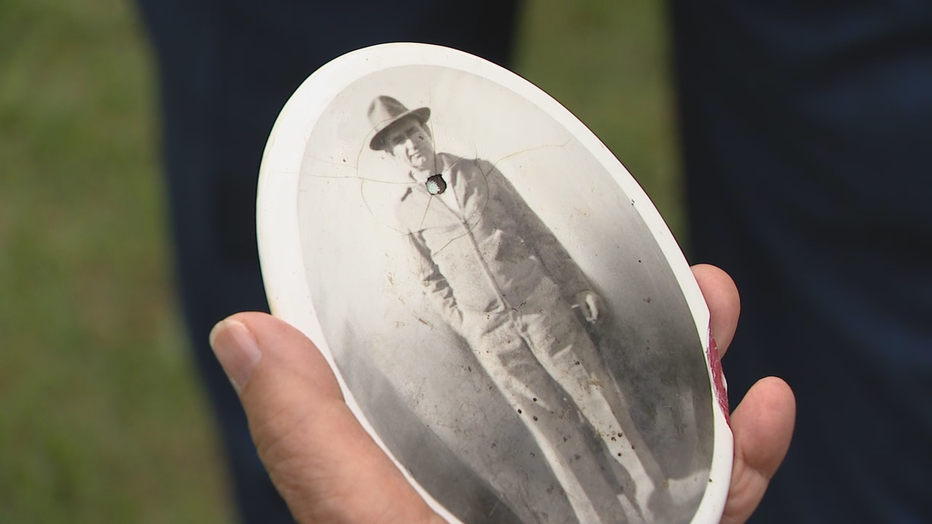 "I just started crying, and I cried all day," she said.

There are marking or defects in the headstone and the photo itself. Lewis thinks someone took shots at the headstone portraits. The Sunnyvale Police Department is investigating.

"We're not sure that it’s a gun as much as it might be like a pellet," said Sunnyvale Police Lt. Bill Vegas. "It may've been kids shooting a BB gun or a pellet gun of some sort. So our detectives are still working on that.

Lewis has been coming to her in-laws’ graves every week for 58 years. To find his memorial photo on the ground and scarred was hurtful.

"It hurt me so bad because that's my father-in-law, and I really did love him," she said. "He was a good man." 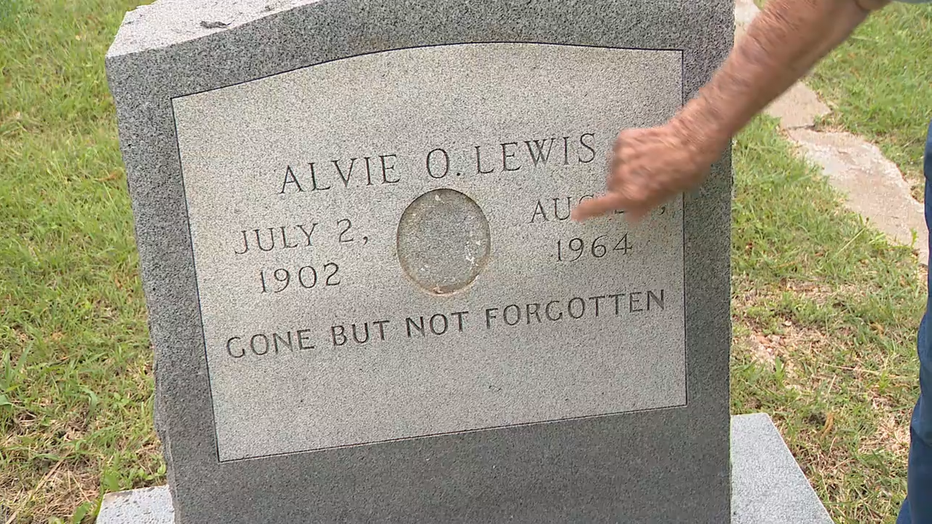 Vegas says there's been no other vandalism, victims or neighbors reporting any nighttime noises.

"This is as surprising to us as it is our victim," he said.

"I said, I'm gonna make me up a sign and put an award on there and see if I can get something done," Lewis said.

She's posted her handwritten sign at the entrance to the cemetery. So far, one person has contacted police and offered to match her $500 reward.

Lewis is leaning on her faith that reward makes a difference.

"That's what I hope for and pray for," she said.

"What I hope happens is that the public reaches out and that somebody saw something on the night that this occurred and that we’re able to develop some leads," Vegas said. "To desecrate a headstone in a cemetery is just unacceptable, so we need help."

Anyone with information is encouraged to contact the Sunnyvale Police Department.