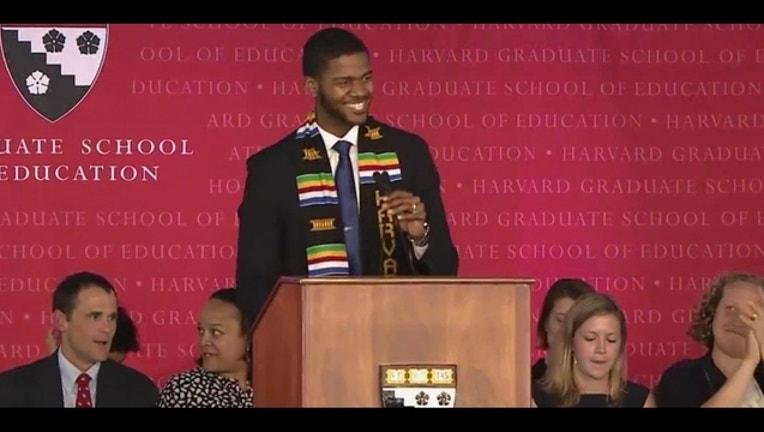 CAMBRIDGE (AP) — Social media is buzzing over a Harvard graduate’s poetic commencement speech, which has garnered millions of views and the attention of celebrities.

Donovan Livingston, who received his master’s degree in education, addressed his classmates Wednesday with a spoken-word poem outlining the historic obstacles that have prevented African-Americans from getting an education.

The speech begins with a quote by education reformer Horace Mann and references influential African-Americans including poet Langston Hughes and abolitionist Harriet Tubman.

The Harvard Graduate School of Education posted a video of Livingston’s speech on Facebook, saying it was “One of the most powerful, heartfelt student speeches you will ever hear!”

More than 8 million have viewed the video, including superstar Justin Timberlake, who shared it on Facebook, adding the caption: “You don’t feel inspired?? Here you go.”