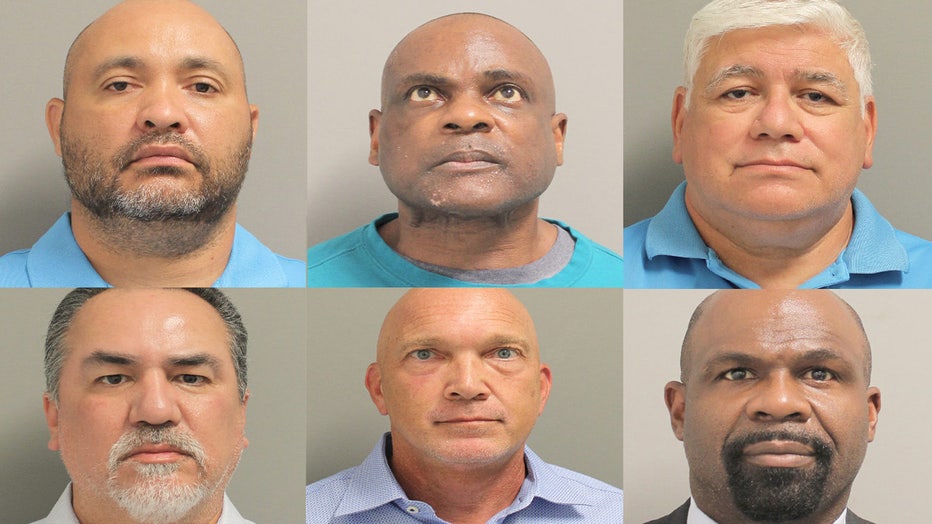 Ogg says the grand jurors added two more felony charges against one of the officers making it 17 felonies total. Now, the cases will proceed toward trial.

The grand jury’s decision comes weeks after the men were charged by prosecutors with crimes uncovered during an ongoing investigation of the Houston Police Department Narcotics Division.

The ongoing investigation came after Rhogena Nicholas, her husband Dennis Tuttle, and their dog, were fatally shot by narcotics officers during the botched raid in January 2019. Four officers were also shot and survived their injuries.

“These indictments reinforce our decision to prosecute the graft, greed, and corruption in this troubled Houston Police division,” Ogg said. “We look forward to presenting all of the evidence in a courtroom to a jury and the people of Harris County.”

The indictments are the next procedural step for the six retired officers, including Gerald Goines, Steven Bryant, three supervisors, and a senior police officer, who were charged on July 1.

An indictment is a formal charge handed down after a grand jury comprised of members of the community reviews cases to determine whether there is enough evidence to warrant a criminal charge. Grand jury proceedings are secret by law.
Five of the six former officers were charged with falsifying documentation about drug payments to confidential informants, sometimes with the support of supervisors.

As part of the probe, prosecutors have notified hundreds of defendants who were arrested by Goines that there may be problems with their criminal convictions and have asked the courts to appoint lawyers to review their legal options.

The District Attorney’s Office has already reviewed and agreed with defense attorneys in two cases that men convicted because of Goines were actually innocent of the charges.

Officer Steven Bryant – One count of aggregate theft by a public servant between $2,500 and $30,000, a third-degree felony.
Two counts of tampering with a government record (confidential informant forms which contain details of money allegedly given to informants for services or buying drugs) a state jail felony. State jail felonies are punishable by six months to two years in state jail

Sgt. Clemente Reyna – Three counts of tampering with a government record (confidential informant forms) a state jail felony. One count of aggregate theft by a public servant between $2,500 and $30,000, a third-degree felony.

Sgt. Thomas Wood – One count of tampering with a government record (confidential informant form) a state jail felony. One count of aggregate theft by a public servant between $2,500 and $30,000, a third-degree felony.

Lt. Robert Gonzales – One charge of misapplication of fiduciary property, a state jail felony, for the reckless handling of HPD money. Gonzales held a position of trust and was required to verify and authorize any expenditures of up to $2,500.

Officer Hodgie Armstrong – Two charges of tampering with a government record, (an offense report and a confidential informant form) state jail felonies, one charge of aggregate theft by a public servant, a third-degree felony.