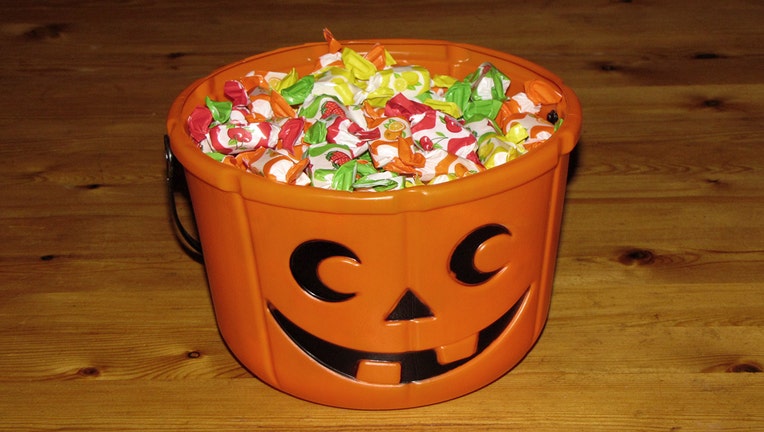 FOX NEWS - You might want to pick up that Halloween candy sooner rather than later, in case any neighborhood kids show up early.

A Change.org petition pushing for Halloween’s date to be changed from Oct. 31 to the last Saturday in October has changed its tactics, as the group behind the movement is now trying to anoint the final Saturday of the month as “National Trick or Treat Day.”

In October 2018, a Change.org petition organized by the Halloween & Costume Association (HCA) made national headlines amid its quest to officially move Halloween’s signature festivities (most notably, trick-or-treating) to the last Saturday of October each year.

As of Friday morning, the appeal has racked up over 151,000 online signatures to date, shattering last year’s original goal of 7,500 signees.

The “Saturday celebration” plea preached “safer, longer, stress-free” festivities, citing statistics reportedly showing how trick-or-treating at night may be more dangerous than an earlier-in-the-day observance on the weekend.

The HCA claims there are “3,800 Halloween-related injuries each year” and “82 percent of parents don't use high visibility aids," like reflective tape or glos sticks, on their children’s costumes. Most kids don’t carry flashlights while out on Halloween night, the group claims, while “65 percent [of parents] don’t discuss Halloween safety with their children.”

Additionally, 12 percent of children age 5 and younger reportedly go trick-or-treating without adult supervision, according to their data. Fifty-one percent of millennials polled, too, said that Halloween was their favorite holiday, said the HCA, asking why people would want to “cram it into two rushed evening weekday hours when it deserves a full day?!”

In its latest statement, the HCA acknowledged that though they have not yet been able to formally change the date of Halloween, they’ve launched a new initiative called “National Trick or Treat Day in partnership with the National Day Calendar, Party City and “other brands.”

“We’ve listened to ALL of your feedback since the petition started in 2018 and view this as an opportunity to truly honor what Halloween is – a celebration of self-expression and unity. While we still believe an end-of-October Saturday observance will promote safety and increase the fun, this year we will be launching a national initiative designed to enhance the Halloween that we all know and love,” an update to the petition reads.

“With your support, we will create a safer, longer, bigger celebration for ALL by making National Trick or Treat Day official!”

The HCA reportedly updated its petition to include news of the inaugural National Trick or Treat Day on Oct. 23, only a few days before the date of the event, according to Romper.

Many who signed the petition felt that National Trick or Treat Day would make the spookiest day of the year “much safer” and more fun for people of all ages, but critics on social media appear more skeptical of the pitch.

“#NationalTrickOrTreatDay (aka "ALLoween") has obnoxiously been made official & it can kiss my a--,"  one Twitter user said. "You want free candy, show up on 10/31 Halloween. If you come knocking on the last Saturday of October I won't answer, but if I do you'll get a grape tomato.”

“We already have #NationalTrickOrTreatDay, it's called Halloween and it's on Oct. 31st,” another agreed. “Hey Snickers, how about you help us make 10/31 a federal holiday instead of supporting this date change nonsense. None of us that truly love Halloween want this,” they added, referencing how the candy bar brand previously voiced support for shiftiing the holiday’s date.

“@PartyCity It’s a lie to say it’s a #SaferHalloween. Saturday is the most dangerous day of the week for roadways & higher risk of #DrunkDrivers w/ adult out celebrating too,” another claimed, calling out the party supplies store. “#Alloween & #NationalTrickOrTreatDay should just be called: BIGGER PROFIT DAY.”

Representatives for the HCA and Party City were not immediately available to offer further comment on National Trick-or-Treat Day.

According to The History Channel, All Hallows Eve has been celebrated on Oct. 31 for thousands of years, originating with the Celtic celebration of Samhain, to honor the boundary between the living and the dead.