Gunman at-large after one person shot at Galleria Dallas Mall

DALLAS - Police and DPS troopers are still looking for the gunman after a shooting at the Galleria Dallas Mall.

The shooting happened Tuesday afternoon just after 6:30 p.m. Witnesses say it happened on the third floor at the food court.

Police say there was some kind of altercation between two boys in their late teens or early 20s in the food court on the third floor of the mall. That’s when one of them pulled out a gun and shot the other person.

With people in the mall, everyone scattered. The mall was evacuated to get people to safety.

Witnesses described what they saw.

“We were just sitting there enjoying food. Next thing you know, we heard a loud bang. Didn't know what it was. Girls freaked out,” said witness Blake Stanley. “We see the guy holding a gun with his left hand and kind of aiming at people. He ran directly across in front of us, and we kind of scattered out. We hid in the bathroom for a few minutes until we started hearing the cop radios, and we know that it was gonna be safe to come outside.” 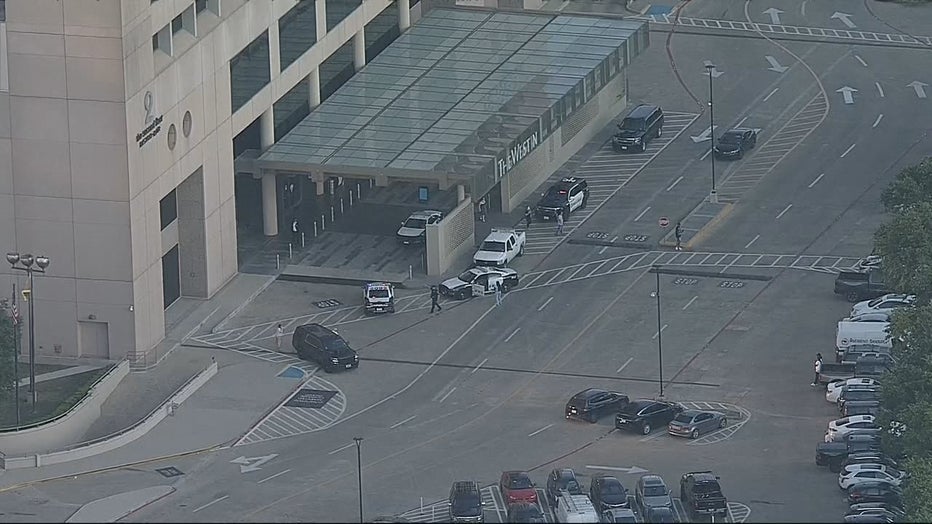 Police say they brought out K-9 dogs to search the mall and the surrounding area for the shooter. However, it seems he managed to get away. They did not release a suspect description.

The victim was taken to the hospital in an unknown condition. Police say the suspect and the victim knew each other.

Store workers were allowed to return inside to close up for the day.