DFW Refugee Outreach Services is helping 35 families from Afghanistan who’ve arrived during the past two weeks, and more are coming.

DFW Refugee Outreach Services is helping 35 families from Afghanistan who’ve arrived during the past two weeks, and more are coming.

One refugee who arrived in North Texas said he helped save thousands of lives working alongside U.S. special forces.

He’s now hoping the U.S. can save the lives of some of his loved ones back home by getting them here to the United States.

The 33-year-old Afghan refugee, who has a wife and four children, said he worked side-by-side with U.S. special forces, but fled the only home he knew just two weeks ago and is now in North Texas.

"I do a lot of mission with American special forces," he said with the assistance of a translator. "My brother in the Kabul airport right now."

His wife and four children are in North Texas with him, but he worries about family members still in Kabul. Ones who also fought alongside American troops are now targets of the Taliban.

He said he was recruited by Americans at age 18 to diffuse bombs as part of the Afghan national mine removal group. His brothers fought too.

But one of his older brothers was killed while preparing to leave this month because he’s a U.S. ally.

"One of my brothers was shot by the Taliban," he said. "Two magazine. They shot in the stomach, in the face, in the neck…He was on bike, they killed him on the way and then they threw him in the mountains. After three days, they found his dead body."

RELATED: US presses on with Afghanistan evacuations despite fears of more attacks 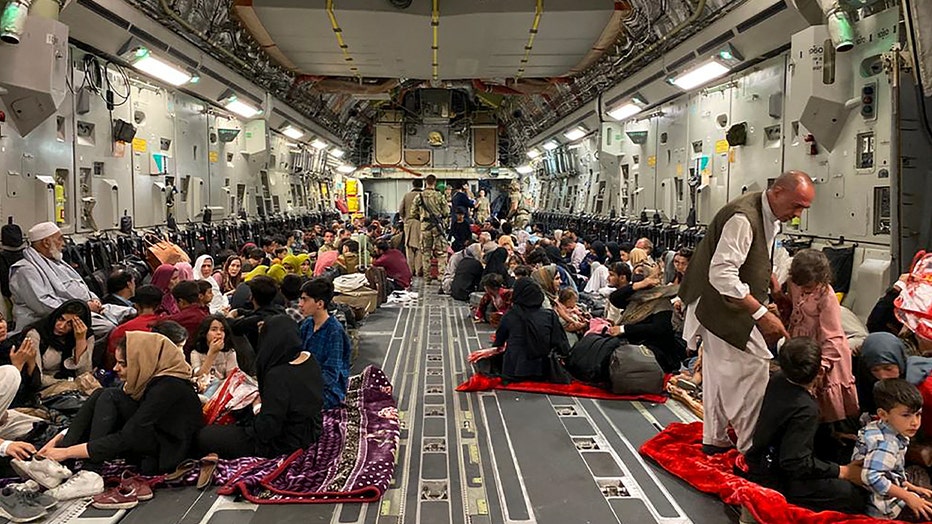 Afghan people sit inside a U S military aircraft to leave Afghanistan, at the military airport in Kabul on August 19, 2021 after Taliban's military takeover of Afghanistan.

DFW Refugee Outreach Services is assisting dozens of refugee families from Afghanistan by placing them in apartments with common household items and trying to facilitate opportunities in the states.

"They left everything behind," said Abdul Qahar Kahn, with DFW Refugee Outreach Services.

Everything, including loved ones.

"Now, like more than 20 of his friends who are in the same unit with him, and his brother and two cousins, they’re in Kabul Airport now," Qahar Kahn said. "Like with kids and families, they were spending nights there around the airport."

This refugee came here with next to nothing, but said his family loves America and is just happy to be here.

In the meantime, he’s hoping the U.S. government will help facilitate the safe passage of other Afghans who supported U.S. troops.

"So their live is in threat, anyone who served there," he added.