On Veterans Day, a group of Vietnam vets will be honored in the Dallas Veterans Day Parade.

DALLAS - On Veterans Day, a group of Vietnam vets will be honored in the Dallas Veterans Day Parade.

The group just returned from Vietnam on Saturday.

Among them is retired Lieutenant Colonel James Williams. He was a prisoner of war for nearly a year.

It's a day he will never forget.

He was just 40 days from completing his time fighting in the Vietnam War, when his plane was shot down, and he became a prisoner of war for nearly a year.

“It’s all faith in God. You have no idea what God has planned for our lives. You have to live day by day,” Williams said.

The 75-year-old is still living to tell his story.

He and a handful of other Vietnam veterans just returned from Vietnam.

The Valor Administration paid for the trip, which they hope to make an annual event.

“It gives me an appreciation for the service, the sacrifice, but it connects me with the generation of military veterans,” said Matt Bann, vice chair of the Valor Administration.

While in Hanoi, Williams toured the prison where he was held.

Then something unscripted happened.

“Someone pointed out and said, ‘Hey, colonel. That looks like you,’” Williams said. 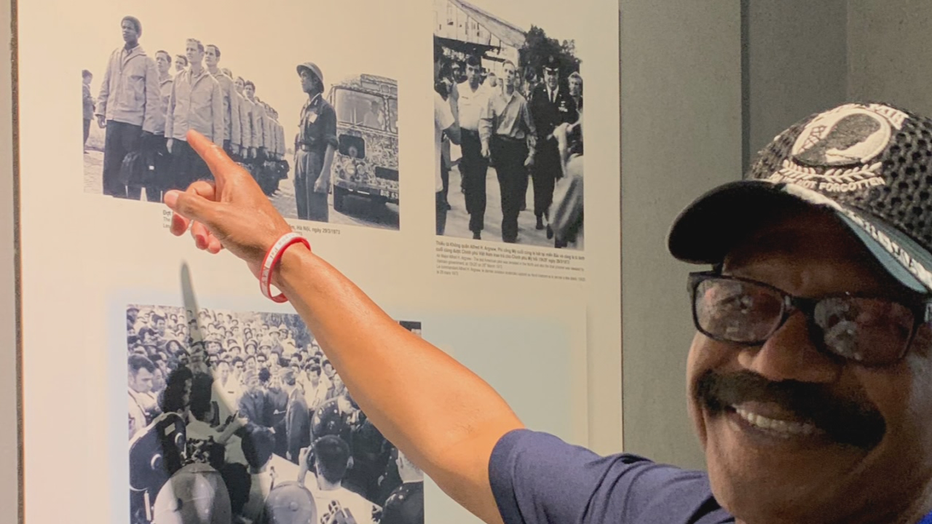 In the museum was a picture that brought him back to a time when we was able to be free once again.

The picture captured the moment when he and his other brothers in uniform were being turned back over to the United States.

“It’s nothing I feel proud about, as for being captured, but I am proud of what we did as former POWs and veterans,” he added.

He and others will be recognized in this year’s Dallas Veterans Day Parade.

When he returned from service in Vietnam, being thanked for his service was rare, in his opinion.

Now, he feels full of joy to see the support from Americans all across the country.

“Not nervous, but proud. Not only proud myself, but the other veterans who weren’t on the trip with us to have that opportunity,” Williams said.