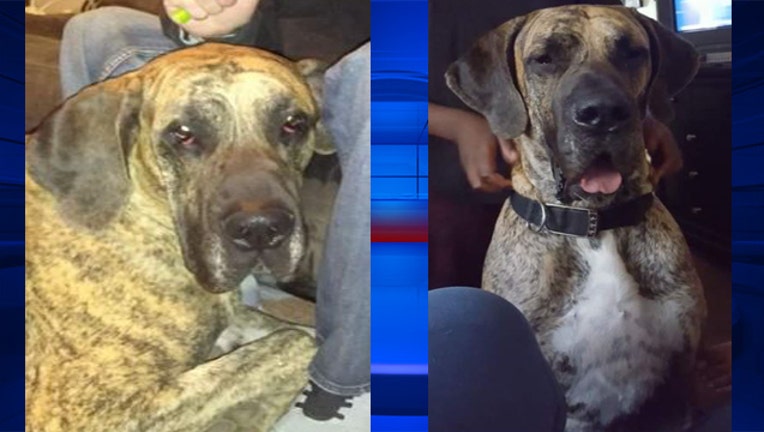 PONTIAC, Mich. (WJBK) - Three men who barged their way into a home shot a Great Dane after the dog scared one of the suspects. The dog had to be euthanized because of his injuries.

According to the Oakland County Sheriff's Office, three men went inside a home in the 300 block of W. Yale in Pontiac Monday night. The woman inside said that the men were all wearing masks and one of the men said "Where's it at?"

The victim said two suspects stayed in the front room while a third suspect went down the hall to the woman's bedroom. That's where he found the Great Dane that appeared to have scared the suspect.

He shot the dog once and the two suspects in the front ran out of the home. The suspect in the back bedroom then shoved an air conditioning unit out of the window and climbed through the window to escape.

The woman was not injured physically. Her dog had to be taken to a 14-hour emergency vet clinic where he had to be euthanized due to his injuries.

The sheriff's office tried to track the suspects with a K9 team but were unsuccessful. The suspects are still the run and there is a $1,000 reward for information leading to an arrest in the case.