The official indictments for all three suspects in the Ahmaud Arbery case have been handed down.

BRUNSWICK, Ga. - A grand jury has returned indictments of the three suspects in the shooting death of Ahmaud Arbery.

Holmes said she would be moving forward with the prosecution of 64-year-old Greg McMichael, 34-year-old Travis McMichael, and 50-year-old William “Roddie” Bryan, and was looking at the next steps, though she acknowledged there will be a bit of a slowdown due to the COVID-19 pandemic. 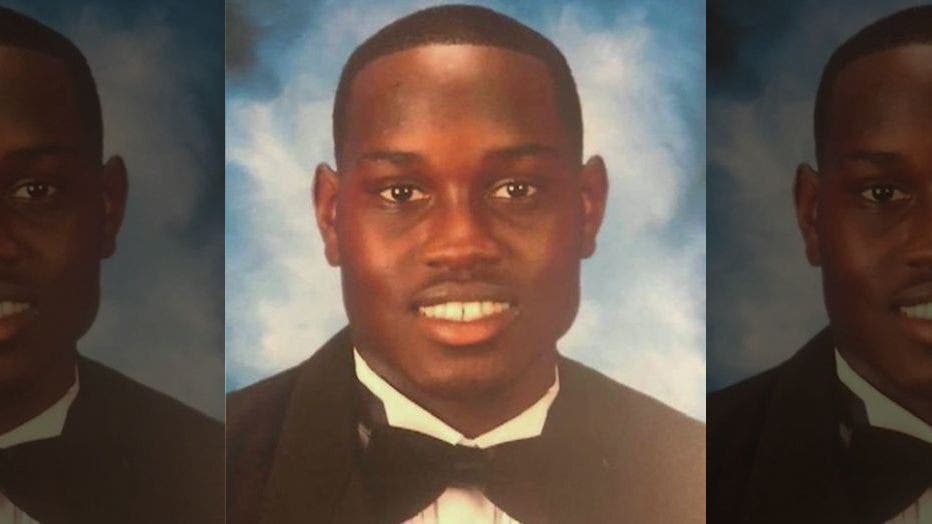 Ahmaud Arbery, 25, was shot and killed while out jogging in a south Georgia neighborhood on Feb. 23, 2020. (Photo provided by family members)

According to Holmes, the Cobb District Attorney's Office presented the case to an existing grand jury due to the rules of Georgia's statewide judicial emergency.

While Georgia's Gov. Brian Kemp is expected to be signing a recently passed hate crimes bill, Holmes said that the new bill would not apply to the case because of the timing.

The deadly shooting happened on Feb. 23 as 25-year-old Arbery jogged through a predominately white neighborhood along Satilla Drive near Holmes Drive in Brunswick.

Greg McMichael, 64, who is a former police officer and DA investigator, and his son Travis, 34, were arrested two days after cellphone video of the shooting leaked online and stirred a national outcry. Both were charged with felony murder.

The neighbor who filmed the video, 50-year-old William “Roddie” Bryan, was also arrested and charged with felony murder and illegally using a vehicle to try to confine and detain Arbery.

Holmes was appointed to prosecute the case after the lawyers for Arbery's family say they demanded to replace the former prosecutor, District Attorney Tom Durden, saying on Twitter that he had "sat on the case" until video of the shooting was leaked. It wasn't until May 7 — two days after Bryan’s cellphone video leaked online and stirred a national outcry — that the defendants were charged. 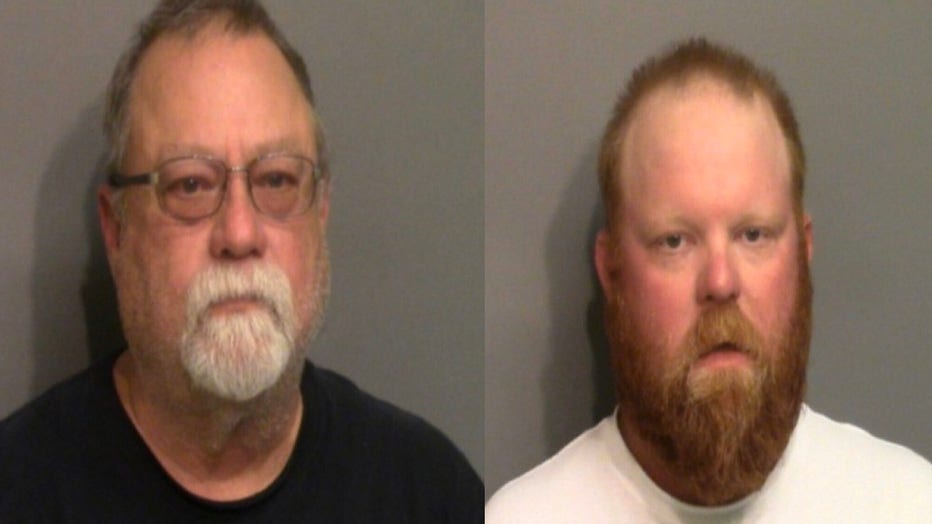 Earlier in June, a GBI agent testified in court that there was no evidence Arbery committed crimes in the subdivision where he was shot.

The investigator also testified that Travis McMichael was heard saying a racist slur as he stood over Arbery’s body, moments after fatally shooting him with a pump-action shotgun.

MORE: In his final days, Ahmaud Arbery's life was at a crossroads

“Mr. Bryan said that after the shooting took place before police arrival, while Mr. Arbery was on the ground, that he heard Travis McMichael make the statement, ‘f - - - ing n - - - er,’” GVI agent Richard Dial said. 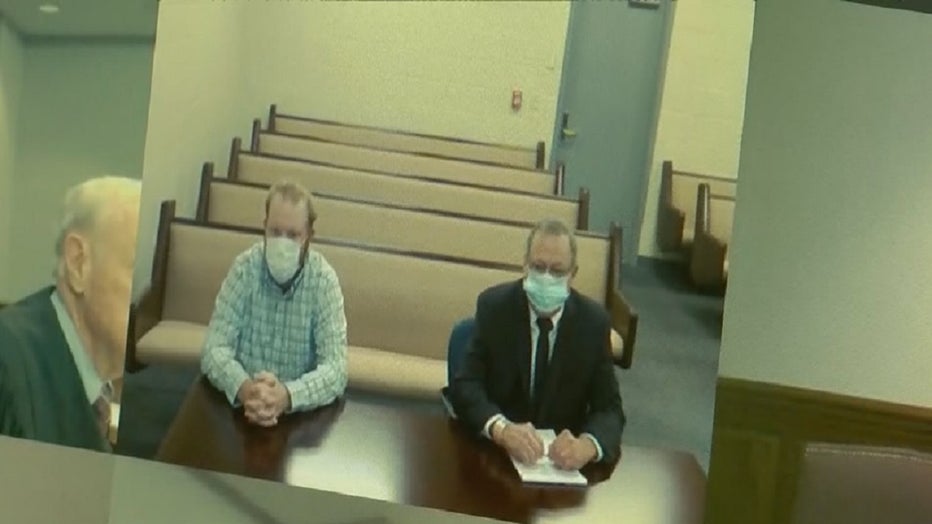 Greg and Travis McMichael sit next to each other with masks participating remotely in a probable cause hearing on June 4, 2020. (FOX 5)

After the hearing, a judge ruled there was enough evidence to try three suspects on murder charges.