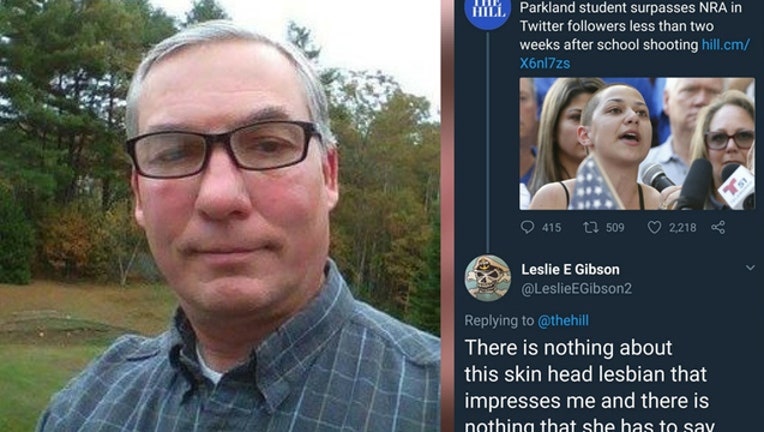 LEWISTON, Maine (AP) - A Republican Maine House candidate now has an opponent after he used Twitter to attack two students who survived a shooting at a Florida high school, calling one of them a "skinhead lesbian" and the other a "bald-faced liar."

Democrat Eryn Gilchrist filed to run against Leslie Gibson on Thursday, eliminating his chances of winning the 57th District of Maine uncontested. The Sun-Journal reports the 28-year-old Gilchrist says she never anticipated that she would run for office, but felt "horrified and embarrassed" at the idea of Gibson representing her in the state Legislature.

Democratic House Speaker Sara Gideon says "we could not be happier to have Eryn run."