Two years ago, Arambul headed off to work, leaving Aliyah, then 3, and her younger sister with the babysitter. Shortly after she left, she received a call that would change the next two years for the young girl and her family: Aliyah had snapped herself in the face with an exercise band, injuring her left eye. She was in a lot of pain.

Arambul quickly returned home and took the young girl to a local eye doctor. She wasn’t expecting the damage to be severe, she said. But the doctor who initially saw Aliyah asked if she had two different colored eyes — a blue and brown. Aliyah has blue eyes. 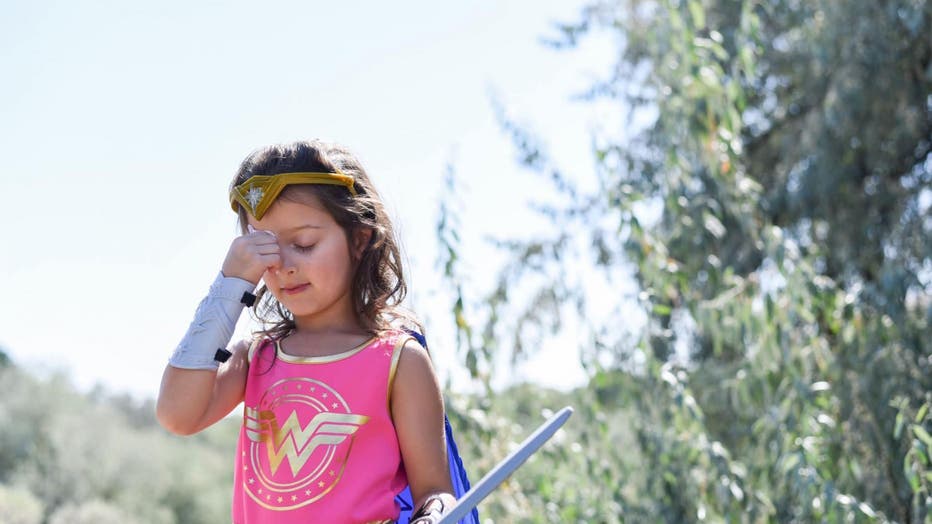 Aliyah had a total hyphema, meaning the space between her cornea and iris was full of blood — giving the appearance her left eye was brown.

“Her eyes looked like they were different colored,” she recalled. 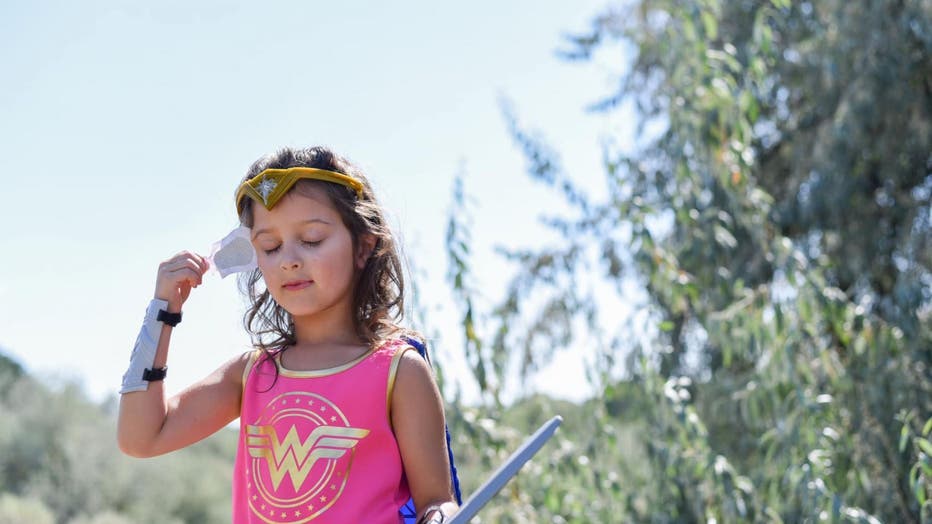 The doctor then urged Arambul to take her daughter to the Oregon Health & Science University Hospital in Portland — nearly four hours away from their home in Pasco. They arrived that evening, but were later referred to the OHSU Casey Eye Institute, she said.

Aliyah developed a cataract due to damage her eye sustained, and she required surgery to remove the lens on her left eye and replace it with an artificial one. Later on, she underwent two additional surgeries to remove scar tissue. 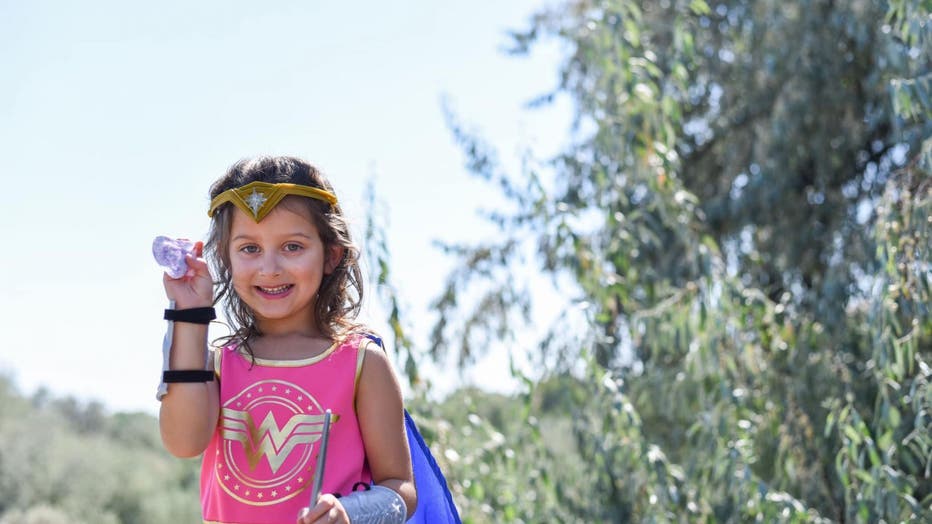 During that time, Aliyah was required to wear an eye patch for hours each day. The patch was worn over her right eye in order to strengthen the vision in her left. Her mom also said her left eye required “hundreds” of drops on a frequent basis.

Three surgeries, months of patching and follow-up appointments took a toll on her daughter and the family.

“It’s a really lonely experience when your child has a serious health issue,” she said.

Over the past year, she wore the patch less and less until, on Sept. 6, she was cleared to remove it altogether.

Brainstorming celebratory ideas, Arambul, who runs a photography business on the side, decided to mark the occasion with a photo shoot. 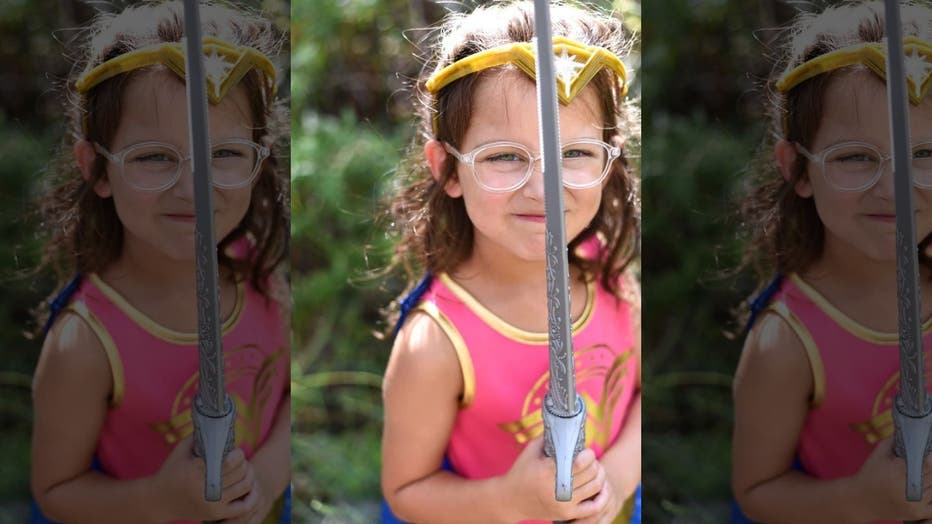 “It was really emotional, I was crying and she had the biggest smile [on her face].” (Jessie Arambul)

“She wanted to do a superhero outfit,” she said, hence the “Wonder Woman” shoot. (Aliyah had one stipulation, however. Her costume had to be pink.)

“It was really emotional, I was crying and she had the biggest smile [on her face]," she said.

Arambul posted the photos on Facebook, never expecting them to garner as much media attention as they have.

“I was not expecting the response,” she said. "We wanted to celebrate her — and to say thank you to the doctor who saved my daughter's vision.”