Angelo’s II, a restaurant and bar located on the ground floor of a building in Monongahela, Pa., is being praised for the Halloween decorations that are currently bursting out of the building’s windows and exploding from its roof. 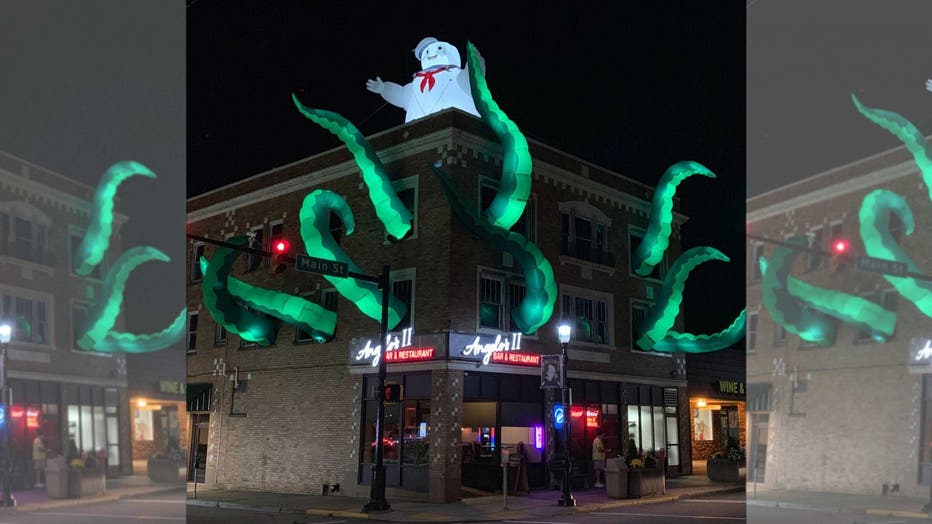 "We always decorate the building for holidays,” restaurant owner Ryan Dzimiera told Fox News. “This is the first year for Halloween.” (Angelo's II)

“The whole town is talking about it,” a local Monongahela resident wrote on the restaurant’s Facebook page, underneath a photo that shows the building covered in large green tentacles and topped with an inflatable Stay-Puft Marshmallow Man (from “Ghostbusters”).

“Awesome,” another wrote. “Made me smile driving thru town last night!” 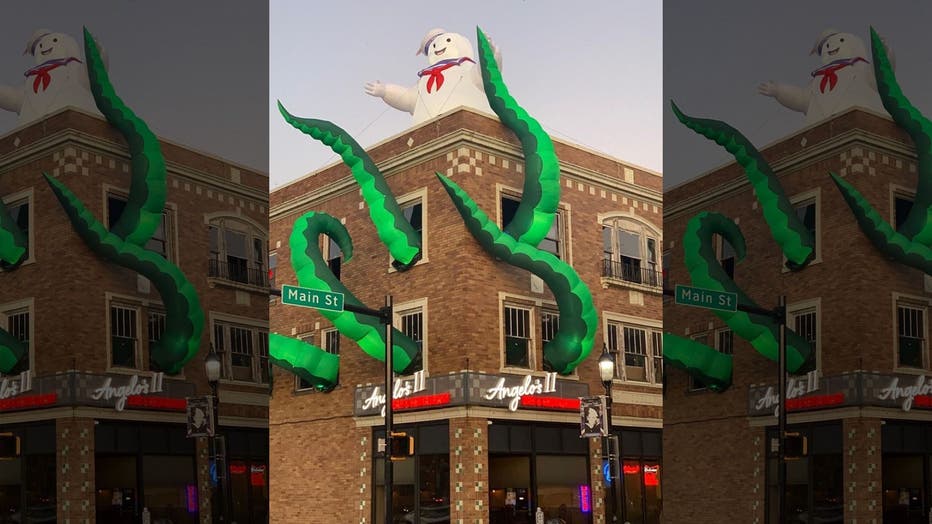 The restaurant also decorates for Christmas and Easter, according to the owner. (Angelo's II)

Residents of Monongahela are apparently used to this kind of thing from Angelo’s II, too. During Christmas, the restaurant placed an enormous inflatable Santa Claus on its roof, directly above a two-story decoration of a Christmas tree.

Dzimiera added that the idea for the spooky look came from his Uncle Paul, who is “in charge” of the restaurant’s decorations. 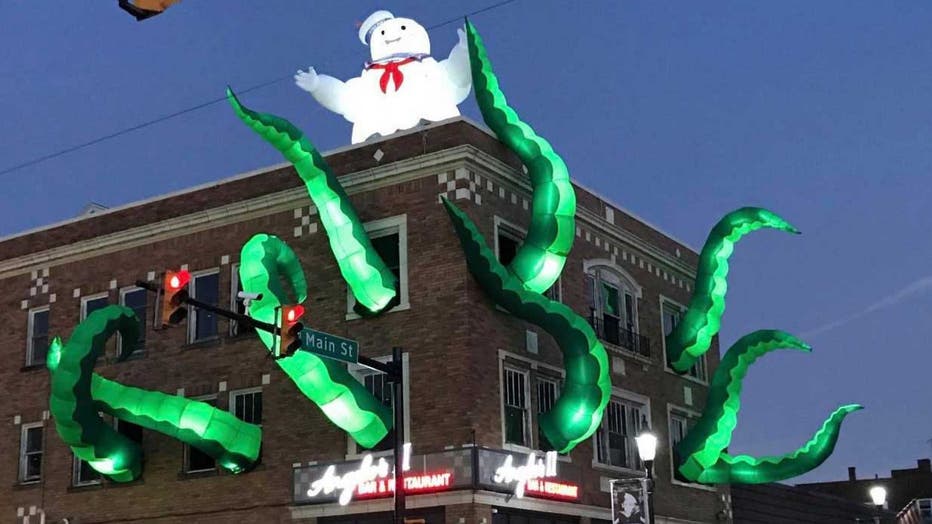 “The whole town is talking about it,” one local claimed on Facebook. (Angelo's II)

“The reason we do it is for the community and the kids,” Dzimiera added. “Everyone in Monongahela loves all the decorations and looks forward to what’s coming next.”