LOS ANGELES - The torch has been lit signifying that the 2020 Summer Olympic Games are underway in Tokyo, Japan and Tubi has you covered with endless sports titles to watch while athletes go for the gold.

After the 2020 Summer Games were postponed due to the COVID-19 pandemic, they have returned this summer with more than 600 American athletes competing in 33 Olympic events.

Surfing, karate, sport climbing and skateboarding will make their Olympic debut in Tokyo, while baseball and softball return for the first time since 2008.

Cheer on your favorite team and get into the Olympic spirit with these free flicks on Tubi:

"Based on a true story, two competitive runners in the 1924 Olympics form a bond in spite of their cultural differences and prejudices."

"The hometown status of a baseball team is at risk as the new owner deliberately signs on has-been players to fail until the team starts winning big."

"With the help of her coach and teammates, a young gymnast who lacks confidence strives to show up her rival and earn a spot on the national squad."

RELATED: Tokyo Olympics: Who to watch on Team USA

"An ultrasound tech with a shortlist of accomplishments is inspired by a cancer patient to chart a more proactive course and compete in a triathlon."

"An inspirational coach takes over the cross-country program at a Christian school, where her runners confront the dilemmas of teenage life."

"After being booted from his hockey team, Jack the Chimp hits the road and meets Ben, a skateboarder with big dreams and the two set out on a hilarious cross-country skate tour!"

"Kelly swears off gymnastics after moving to Australia, but is drawn back in to help a new friend compete, helping renew her love of the sport."

"A Jamaican teen who is burdened by an unstable father and an unruly older brother hopes a meteoric rise in track-and-field can reunite him with his mother, who has lived illegally in the U.S. for over a decade. Executive produced by Jada Pinkett and Will Smith."

"Five talented young basketball players from Akron, Ohio star in this remarkable true-life coming of age story about friendship and loyalty in the face of great adversity. Coached by a charismatic but inexperienced player's father, and led by future NBA superstar LeBron James, the Fab Five's improbable seven-year journey leads them from a decrepit inner-city gym to the doorstep of a national high school championship. Along the way, the close-knit team is repeatedly tested both on and off the court as James' exploding worldwide celebrity threatens to destroy everything they've set out to achieve together." 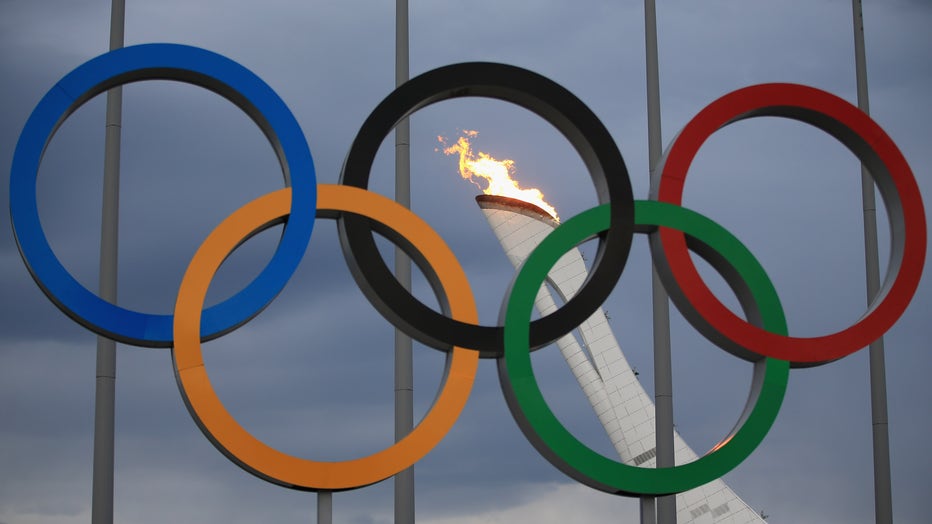 SOCHI, RUSSIA - JANUARY 27: The Olympic Cauldron is tested by fire crews at the Sochi 2014 Winter Olympic Park in the Costal Cluster on January 27, 2014 in Sochi, Russia.

"What if a game could change your life? Three gay men in Sydney find a place to belong as they vie for the gay rugby World Cup. A film awash in sweat, flesh and testosterone, Scrum shows what it means for these tough men to be accepted for who they are".

"Muhammad Ali defeated almost every top fighter of the golden age of boxing and symbolized the sport for generations of fans. Now, ten of his acclaimed rivals pay tribute to perhaps the world's most beloved and inspiring athlete in FACING ALI."

"The pressure is on for Ginny, the first woman to play Major League Baseball. Will she be able to play her best game with the whole world watching?"

"Go behind the scenes with a tribe of surfers on their travels through North America, Indonesia and Spain in search for the perfect wave."

"Follow young contestants in an international annual competition that gives unknown skateboarders the ultimate shot at fame and fortune."

"A teenager’s mother pretends to be a famous Italian soccer star in order to coach her daughter’s losing soccer team — but can she keep up the act?"

"A teenage girl, mourning the loss of her mother, loses interest in life, until her science teacher asks her to care for her monkey over the summer."

"An angel with an uncanny resemblance to Kareem Abdul-Jabbar gives bumbler Ernest P. Worrell a pair of magic sneakers that make him a basketball star."

RELATED: California, Florida, Colorado sent most US Olympians to Tokyo

"Street-ball legend Jackie Ryan is forced to confront his demons after being invited to try-out for the Nets."

"Written and directed by star Kent Moran, the award winning The Challenger follows the life and struggles of a young, Bronx auto mechanic named Jaden Miller. When Jaden and his mother (S. Epatha Merkerson) are evicted from their home, he will do everything in his power to stop them from living on the streets. With the help of legendary trainer, Duane Taylor (Michael Clarke Duncan), Miller soon finds that Boxing may be their ticket to a better life."

Tubi has over 30,000 movies and television shows from over 250 content partners, including every major studio. The service gives fans of films and television programs an easy way to discover new content that is available completely free.

This station is owned by the FOX Corporation. This story was reported from Boston.