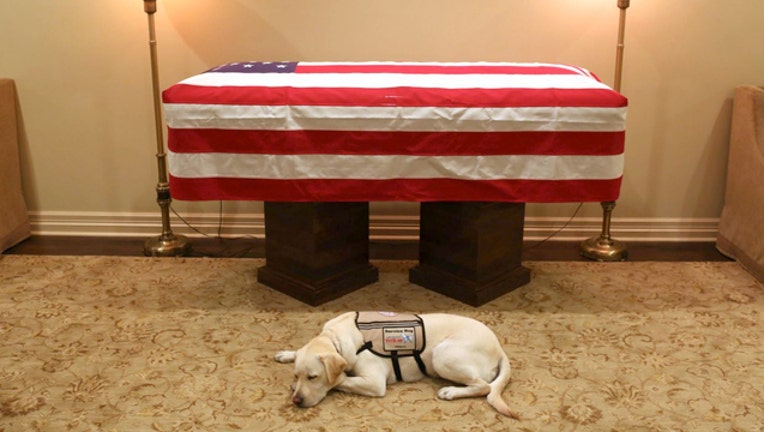 Former President George W. Bush later “regrammed” the photo on his own Instagram, noting: “As much as our family is going to miss this dog, we’re comforted to know he’ll bring the same joy to his new home, Walter Reed,” the military hospital in Bethesda, Maryland.