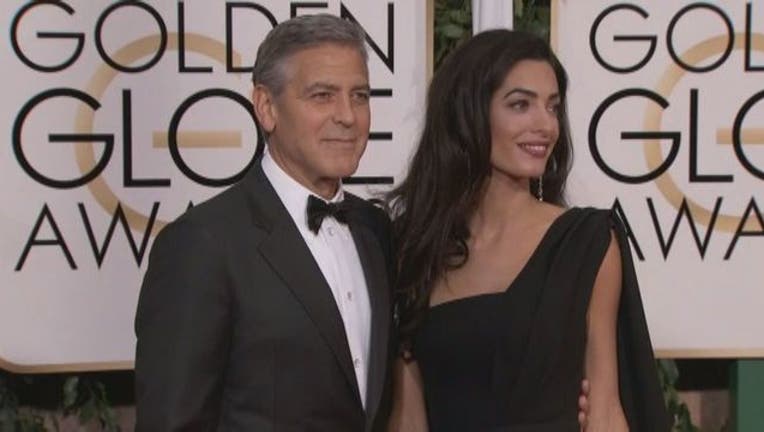 The Clooneys welcomed a girl and a boy — Ella and Alexander — on Tuesday morning, the couple announced in a joint statement. Both mother and children, born at a hospital in London, are "happy, healthy and doing fine."

"George is sedated and should recover in a few days," added the family's statement, released through Clooney's publicist.

No other details were immediately available. The Clooneys had been living in London while awaiting the arrival of their babies. They own a historic mansion just west of London in Berkshire.

Clooney, 56, and international human rights lawyer Amal Alamuddin, 39, married in Italy in 2014. These are the first children for both.

In an interview in February with the French program "Rencontres de Cinema," Clooney said fatherhood was "going to be an adventure."