Whatever small benefit that came from the president releasing oil from the strategic reserve is all but gone. And while there are many reasons for the price increase, the biggest takeaway coming from experts is that it's not going to get better for a while.

DALLAS - You've probably noticed the price of gas has been rising steadily for weeks.

The average price for a gallon of gas went up by 10 cents in the state of Texas in just the past week.

Whatever small benefit that came from the president releasing oil from the strategic reserve is all but gone.

And while there are many reasons for the price increase, the biggest takeaway coming from experts is that it's not going to get better for a while.

Energy experts say it’s a lot that goes into why the prices are up. This comes at a time when government officials suggested a decline at the beginning of this year.

According to AAA, the national average for a gallon of gas is $3.44.

Here in Texas, we continue to enjoy lower prices, but it’s still high. Right now, the state average is $3.10. In the DFW area, prices are hovering around $3.20. 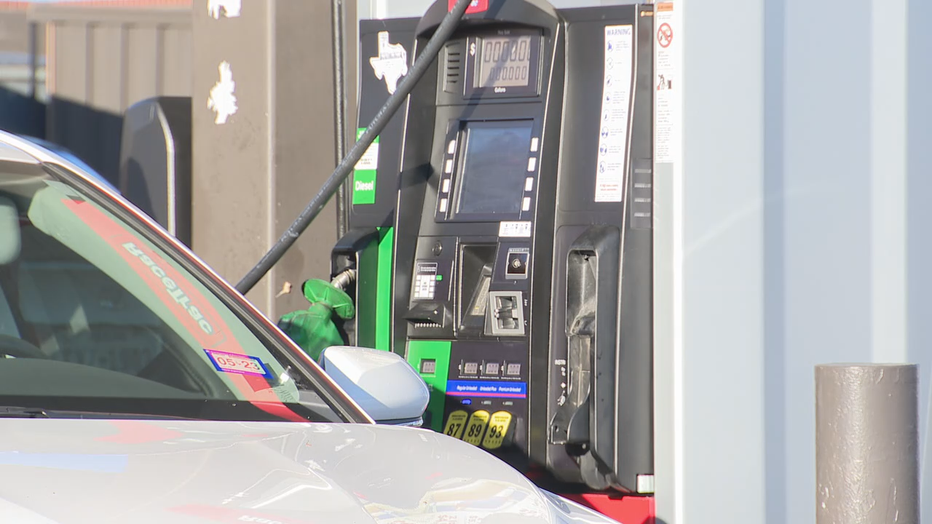 No one has a simple reason why gas prices continue to rise. The short answer is it’s complicated.

Doug Lewin is an energy consultant.

"I think it has to do with supply and demand. There has there's been a lot of demand coming back after coronavirus shutdowns and on the other side of this omicron wave," he said. "I think the geopolitics and the stuff going on Ukraine, and that has an impact on it. So I think there's a whole lot of different factors."

In November 2021, the monthly national average price for a gallon of gas was $3.39. The highest it’s been since 2014, according to the U.S. Energy and Information Administration.

Then in December, that government agency projected gas prices would drop in early 2022 as demand declined.

Lewin says while there may be an eventual drop, the high levels may be the new norm.

"It's always a little bit cheaper in Texas for gas," he said. "But I wonder if that gap used to be much wider and now it's narrowed because it is much more of a global market right now."

For drivers like Corey Cooper, he takes his time to find the cheapest price, even if that means driving a little further.

"That’s inflation. Goes up and comes down," he said. "All you can do is prepare yourself for it."

AAA says last month prices in Texas were $2.90. There was a drop in January, but that doesn’t mean much now as we are nearing $3.20.