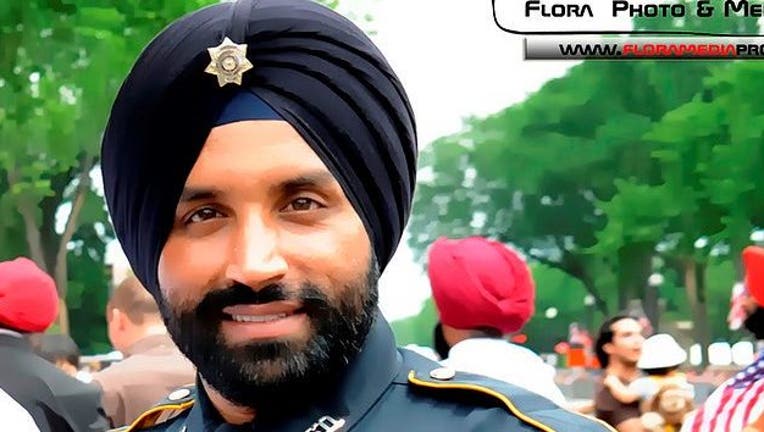 HOUSTON - Funeral services will be held Wednesday for Harris County Sheriff’s Deputy Sandeep Dhaliwal, who was fatally shot during a traffic stop near Houston last week.

More than $700,000 has been raised so far for Deputy Dhaliwal’s family. Papa John’s restaurants in the Houston area donated all profits made Tuesday. Another $10,000 came from Houston Astros shortstop Carlos Correa.

Correa said he felt the need to support a man who went to Puerto Rico in 2017 to help victims of Hurricane Maria.

“What does it mean to you that you put a smile on their face really for the first time? It’s a lot. Someone smiling, it really meant a lot to me to come here and bring a little joy into their lives in this moment of tragedy. It really touches me,” Correa said.

Dhaliwal was a 10-year member of the force and was the first Sikh deputy in Harris County.

On Friday, police said the 42-year-old deputy pulled over 47-year-old Robert Solis, who had a warrant for violating parole. Solis allegedly shot Dhaliwal multiple times from behind.

Solis is charged with capital murder and is being held without bond. According to the Associated Press, he will be evaluated for a mental illness or intellectual disability.

If convicted, he could face the death penalty.