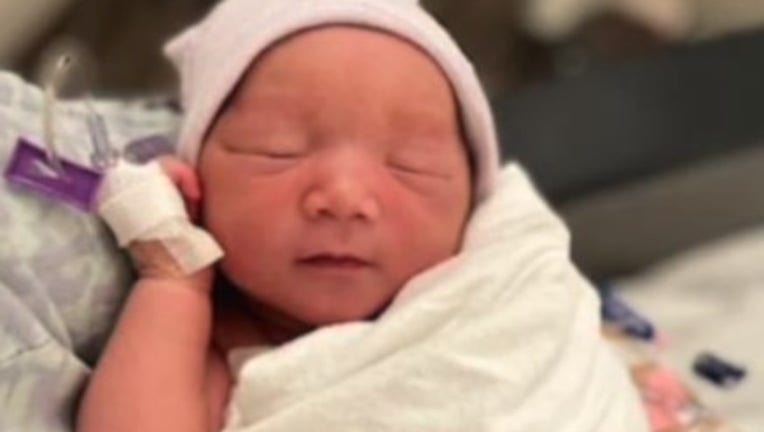 Picture of a baby a flight attendant helped deliver on Frontier Airlines. (Courtesy of mother)

PENSACOLA, Fla. - A flight attendant with Frontier Airlines is being praised for her actions after helping to deliver a baby in the middle of the flight.

The company identified the flight attendant as Diana Giraldo.

Giraldo took the expectant mother to the back lavatory and assisted in giving birth, according to company leaders. The plane detoured and landed at Pensacola Airport, where paramedics were waiting.

"Diana again went above and beyond after the completion of the flight to coordinate our return to Orlando," Captain Chris Nye said in a post. "This was a job well done, and I was happy to see everyone working together to successfully deliver a newborn on an aircraft!"

The company said the mother opted to name the baby’s middle name "Sky."