Friends, family of man who killed Richardson cop testify on his behalf in punishment phase

On Wednesday, the defense spent the day calling friends and family of McCall to testify on his behalf.

On Wednesday, the defense spent the day calling friends and family of McCall to testify on his behalf.

McCall’s older brother and several friends painted a picture of a tough childhood, with McCall seemingly becoming paranoid in the weeks leading up to the deadly shooting.

McCall got teary-eyed listening to some of the testimony.

One by one, friends of the convicted cop killer were summoned to testify on his behalf inside a Collin County courtroom.

The defense tried to convince the jury to spare McCall the death penalty after he was convicted last week for the capital murder of Richardson police officer David Sherrard.

“I wouldn’t have put myself in the spot if I didn’t think he was a good person,” McCall’s friend, Karen Revels said.

Revels allowed McCall to sleep on her sofa in recent years.

Her son, Jimmy, also testified and was friends with McCall.

The Revels described McCall, early on, as a big teddy bear. A nice, soft-spoken guy.

But they stopped letting McCall stay at the house after his behavior changed, in the months leading up to the deadly shooting.

Jimmy described McCall as paranoid in early 2018, after the defense revealed McCall was briefly admitted to a psychiatric hospital the previous August.

Still, the Revels could not believe McCall was capable of murdering Sherrard and his friend, Rene Gamez.

They said learned of his arrest on the news. 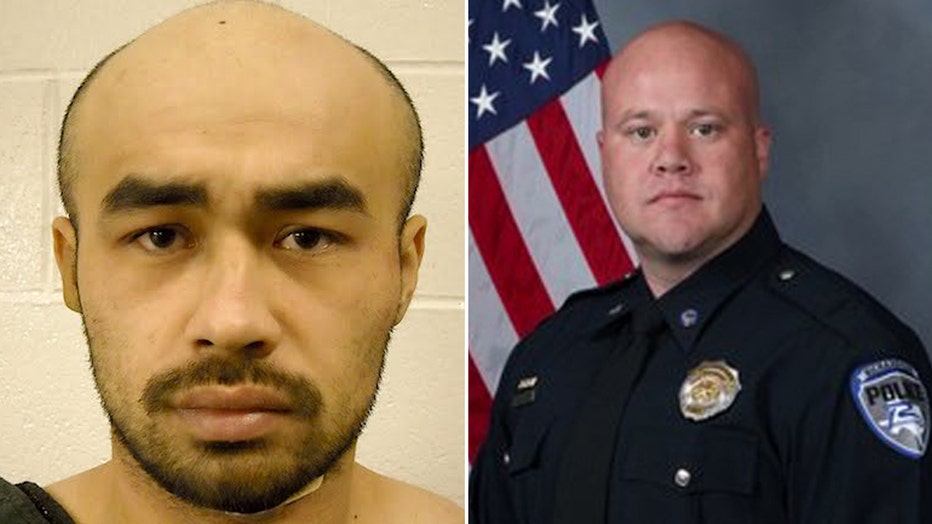 “I was in shock. I was in shock, the fact that, it wasn’t the person I let in my house and I felt as though something had happened to him because I don’t think he was ever that way, I really don’t,” Karen Revels added.

He’s currently in prison for an unrelated crime, and testified that he and his brother had a rough childhood.

He said they slept in a car with their parents and used a hose to shower.

Michael said he too noticed a change in Brandon’s behavior in the months before the shooting, saying Brandon was “acting real weird, scared. Thinking people were following him.”

The defense will continue to call witnesses Thursday.

The case is expected to go to the jury on Friday to determine whether McCall should receive life in prison or a death sentence.