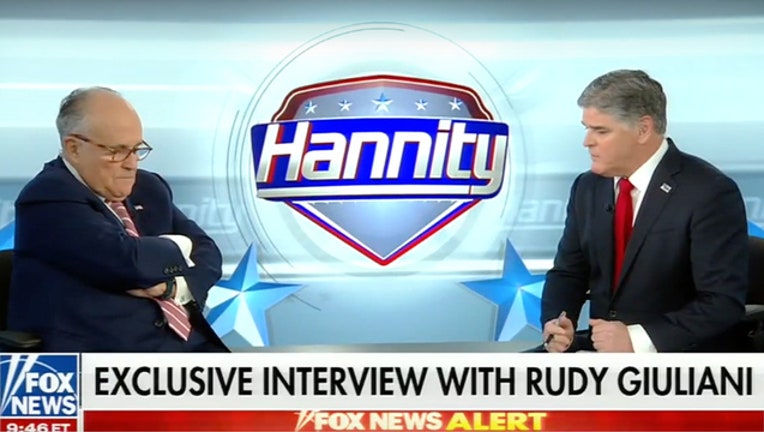 NEW YORK (AP) - Sean Hannity and Fox News Channel are finding themselves in the odd position of having a scoop they might not have wanted.

President Donald Trump's recently added attorney Rudolph Giuliani said on Hannity's show Wednesday that Trump had reimbursed lawyer Michael Cohen for paying $130,000 in hush money to adult film star Stormy Daniels so she wouldn't talk about her alleged affair with the president. Trump had previously said he was not aware of the payment.

For much of Thursday, Fox alternately belittled and talked about a story - the network's own story - that was getting much greater play on rivals CNN and MSNBC.