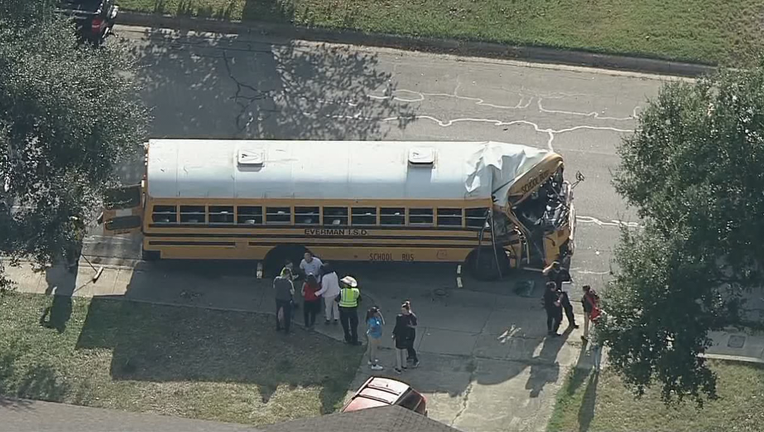 FORT WORTH, Texas - Four people were taken to the hospital Wednesday after a school bus crash in Fort Worth.

The bus appears to have hit a tree on a neighborhood street.

It is unclear what caused the bus to crash, but the front right side of the bus suffered the most damage.

There were 15 children on board at the time.

Several children have minor injuries, and four people were transported.

None of the injuries appear life threathening.