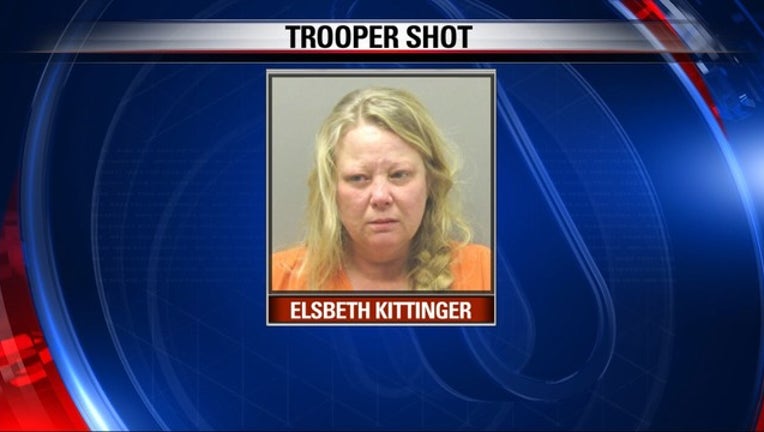 According to state police, a driver opened fire on Sheldon during the traffic stop. Officers with the Malvern Police Department, who were nearby and responding to an unrelated call, returned fire on the suspect.

Police say the driver, a 49-year-old Fort Worth woman, was struck by gunfire but was treated and released from a hospital. The woman remains in custody and authorities say they expect preliminary charges will be filed Monday.