At a summer day camp in Fort Worth, safety is tops on the agenda. Sanitization has equal priority.

FORT WORTH, Texas - Fun and personal hygiene are the focus of a kids camp in Fort Worth.

The program lets kids be kids while making sure children are distanced and cleaned up regularly.

At a summer day camp in Fort Worth, safety is tops on the agenda.

“Everything we do, including from them leaving the vehicle coming into the building, social distancing, not letting parents in the building, keeping a limited number of people in the building,” said Camp Fort Worth Director Bakahari Thornton. 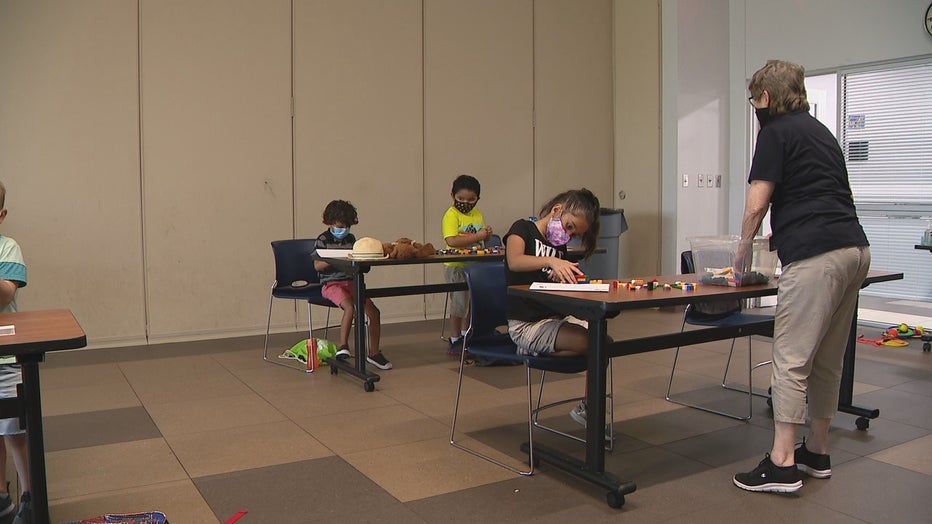 “We’re talking about Uno games or card games, being able to keep them on separate sides of the table, being able to social distance,” Thornton said. “When it came to physical activities, gym games.”

They have even added clever incentives to encourage campers to keep their face masks on.

“By the end of the week, they’re able to pull from a treasure box or pick out a prize based on if they’re keeping their mask on, behavior, keeping their social distance,” Thornton said.

The ratio of kids per counselor is kept small at 6 to 1.

Thornton says about half of some 48 families who signed up initially for the site later requested refunds. He believes if they see how the program is run, they might reconsider.

“Of course, some are still home from work so they’re with their kids,” he said. “But hopefully we can reach out and let parents know it’s safe and we still have room if they change their mind.”