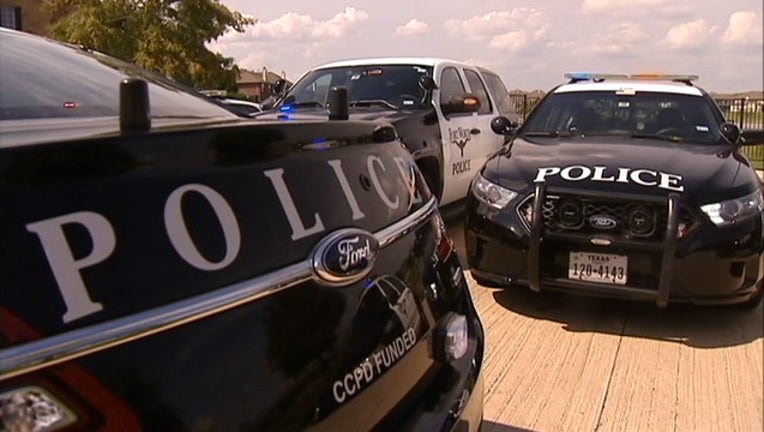 FORT WORTH, Texas - A potential mass shooting may have been averted after a father in Fort Worth called police on his son.

The Fort Worth Police Department says a man reported that his 27-year-old son was possibly trying to buy a gun off the street. Police said the son has mental health issues and they've dealt with him before.

Police say the man tried to buy a gun from multiple sellers, but he was turned away. When they found him, he said he was trying to buy a gun off the street.

"When you hear the names Columbine, El Paso, Las Vegas, we do not want Fort Worth to ever be on that list," said Fort Worth Officer Landon Rollins.

Fort Worth police received a call on Sept. 3 from a concerned father who reported his mentally disturbed son may be trying to commit a mass shooting.

"That he was in a downward spiral with his mental illness. Not on his medication routines. Not meeting with his doctor. Not taking any medication at all," Rollins said. "And he had made threats of killing people."

The Fort Worth Police Crisis Intervention Team, which responds to incidents involving mental illness, says this man is well known to them. They've encountered him at least four times in the past two years.

The team started checking areas where he might be and found him near the 2200 block of Montgomery where he was having a severe mental break.

Officers say the man tried to buy guns legally, but he was denied. Police did not specify where he tried to make those purchases or whether he failed a background check. They only said that that he was not legally allowed to buy guns. They also say he withdrew a large amount of cash and then tried to buy a gun on the street.

"When asked why he was trying to obtain weapons, he was just very flat and blunt: to kill people," Rollins said. "Periodically, he would mention killing his family or killing whoever he could."

Police say the man was taken to JPS Hospital for an initial psychiatric evaluation and is now receiving treatment at a clinic. Because of medical privacy laws, police say they are not releasing his name or where is now.

Authorities are commending the man's father for taking action to call police.

"That takes so much courage to be able to do that on your own family member," Rollins said. "To be able to reach out to law enforcement for that and to have the emotional intelligence and the wherewithal to see with everything that's going on in our current climate."

The ATF is also investigating the man to see if he submitted any applications for firearms.

Police say since the crisis intervention team started in August 2017, they've legally taken more than 325 firearms from people who were suicidal or homicidal that made serious threats.