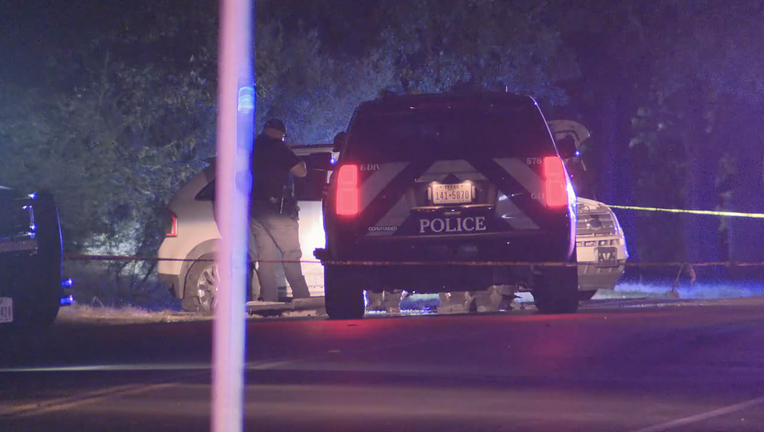 FORT WORTH, Texas - Fort Worth police are investigating a shooting and car crash Saturday night that left a man in serious condition.

This happened just after 10 p.m., when police and first responders were called about a shooting and crash in the 7400 block of Meadowbrook Drive.

Police said a vehicle ran a stop sign and crashed into a car near Meadowbrook Drive and Sandy Lane in east Fort Worth.

Investigators found that someone walked up to the vehicle and opened fire, and that's when the driver stepped on the gas, later crashing into another car.

The driver and a toddler inside the vehicle were treated for minor injuries. A man in the passenger seat was shot. He was taken to a hospital in serious condition.

The driver of the car that was hit was also treated for minor injuries.

No arrests have been made, and the investigation is continuing.