Video from one of the houses shows two men, armed with rifles, who tried to kick the front door in. There may be more suspects and more potential victims.

FORT WORTH, Texas - Fort Worth police need the public's help to find a group of young men who tried to break into at least two houses just over a week ago.

Video from one of the houses shows two men, armed with rifles, who tried to kick the front door in.

There may be more suspects and more potential victims.

Police believe it’s possible three or four suspects may have tried to break into even more homes.

They have two caught on camera. Now, they’re asking residents in the neighborhoods to check their cameras to see if even the smallest detail can help track them down.

"For like two nights, every time I heard a noise, we jumped up," Victor Vasquez said.

Vasquez recounted a chilling experience that happened just before 2:45 a.m. on Wednesday, April 27, when he said three men tried to break into his home on Schwartz Avenue in Fort Worth.

He said his brother was sleeping in the living room and heard someone fiddling with the latch on the door.

"I got up and armed myself and opened up the door, but nobody was here and then went back and played the video," Vasquez said.

That’s when he saw three men, including one with a tattoo on the left side of his neck. 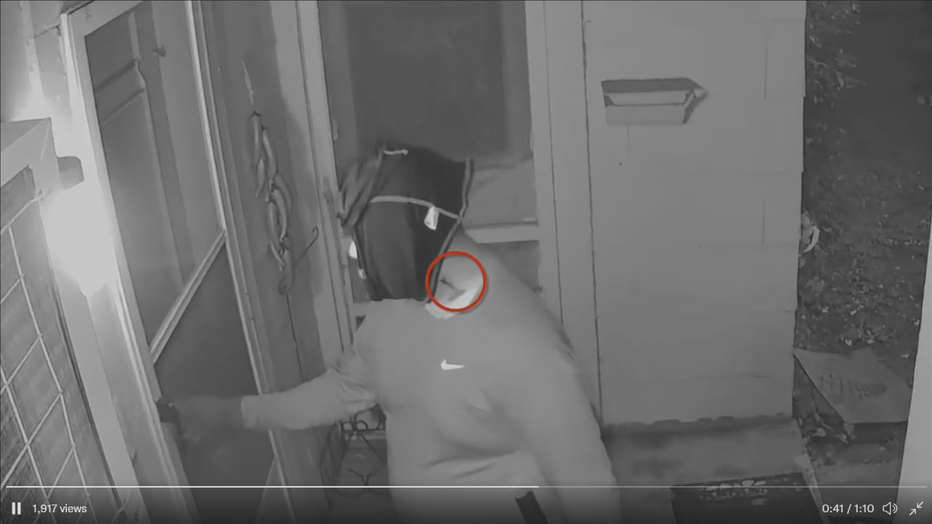 The man knocked on the back door and then walked to the side of the house.

During the investigation, detectives realized that the same robbers hit another home 30 minutes earlier that was nine miles to the south, on Thornhill Drive.

Seconds later, after the suspect yelled, "police," the two suspects ran off. 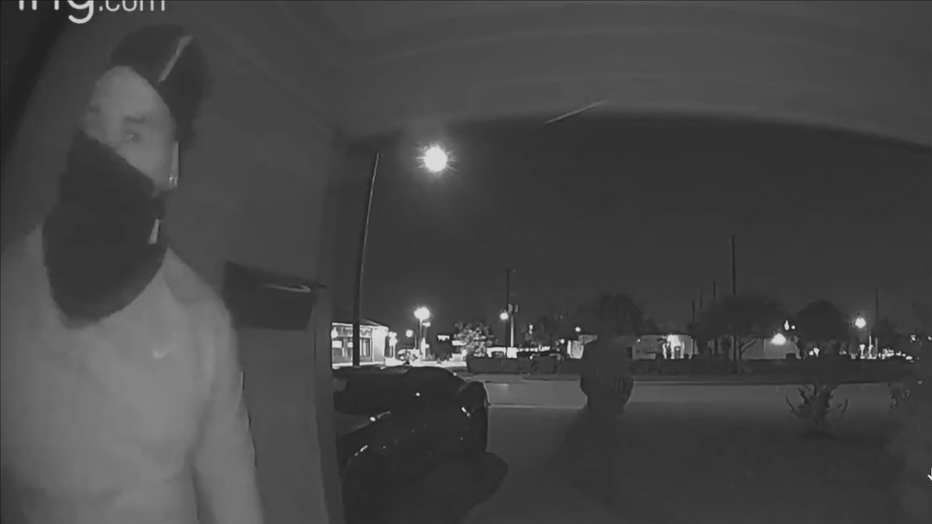 "I really am concerned that these guys are that brazen that they went from one neighborhood to another," Vasquez said after watching the video.

Gloria Martinez lives a few houses away and said seeing the video makes her worried for her grandchildren’s safety.

"It’s getting scary over here," she said.

Officer Tracy Carter said no was injured and nothing was taken, but investigators are still looking for more video.

"We need to find out and see if there’s other footage out there, a car, or something that we can identify to get these predators off the street," he said.