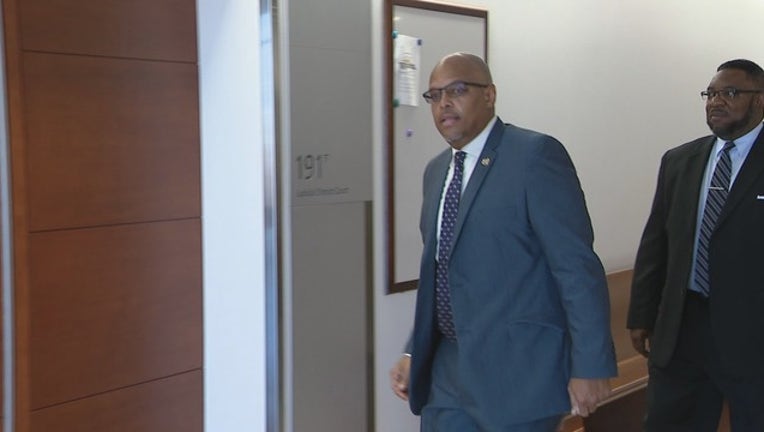 Fort Worth's fired police chief says the city is trying to avoid a court order to turn over documents.

Joel Fitzgerald was fired in May for what the city said was a series of actions that damaged trust in his leadership. Fitzgerald says the city got rid of him because he was about expose corruption at city hall and he wants his job back.

Both sides argued over a request for emails and instant message chats in court on Wednesday. Fitzgerald's attorneys tried to highlight what they call a pattern of city employees mismanaging data – specifically, retaining inner office emails and instant messaging. The city continued to call Fitzgerald's request for digital files burdensome and unreasonable.

"Even though the number of documents to be produced has been reduced substantially the city still doesn't want to produce them,” said Stephen Kennedy, Fitzgerald’s attorney.

Judge Monica Purdy last week sided with Fitzgerald and ordered the city to turn over digital files including emails and instant chats of several employees, though she narrowed the scope of what his team could request.

The city's attorneys on Wednesday, in front of Judge Gena Slaughter, argued why the city is appealing that ruling.

"The request that they have made requires the city to examine more than 7,000 email accounts to look at each one of those email accounts to see if they used any of 35 words, including the word ‘delete’,” said Fort Worth attorney Christopher Troutt.

But Judge Slaughter pushed back.

"You don't have to go into 7,000 email boxes. you go into the email server and put in the correct parameters and go from there,” Slaughter said.

Fitzgerald's attorney went further. He quoted an instant message chat already entered as evidence between a high ranking it department staffer and another employee. They joked about deleting emails pertaining to an unrelated lawsuit.

The judge indicated she will rule on the latest motions on Thursday.